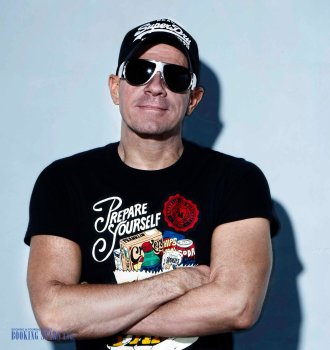 DJ and producer Jean is one of the most famous Dutch DJs. He was born on May 7, 1968, in Veenendaal. He performed in more than 20 countries. Jean makes it his goal to perform in as many clubs, festivals, and events as possible. His popularity doesn’t allow him to live without a tough performing schedules.

The unforgettable parties ID&T Sensations, Innercity and Dance Valley in the Netherlands collected more than 40,000 people. They all came to listen to DJ Jean, who was creating truly unforgettable music.

DJ Jean (real name Jan Engelaar) began his career when he was just 20 years old. Back in 1988, he was a hip-hop disc jockey.

DJ Jean won several Dutch DJ championships by beating scratch and hip-hop DJs. In the beginning of the 1990’s, Jean changed his style from hip-hop to clubhouse and became the leading resident of the legendary IT club in Amsterdam. Jean has 6 Best DK Awards and was nominated for 15 Silver Star Dance Awards in the UK, TMF, and Basic Groove Dutch Dance Awards.

Jean’s work as a producer is no less popular than his DJ sets. The club anthem “The Launch” produced by Jean sold over 1 million copies. It reached the 2nd spot on the UK Singles Chart., He also created 11 mix compilation of “Mad House”.

The real power of DJ Jean is that he can play different styles and capture the crowd’s attention with his trance sets. He can perform funky groove and pumping house while not forgetting about hip-hop. Today, he a resident at four Dutch parties and has a Friday radio show on the popular radio station 538. He continues to create new music and performs live.