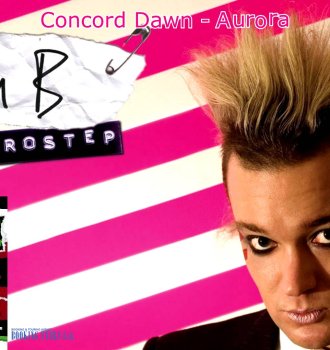 John B was born on July 12, 1977, in England. He is a DJ and a producer. John B is particularly known for his wild hairstyles and somewhat eccentric behavior. His favorite style is Drum’n’Bass. John is famous for his amazing shows with an impressive atmosphere.

John B was interested in music since a very young age. At six, he started to play the piano and by the time he went to high school he already mastered the drums. Soon he knew how to work with the synths. Not everyone knows that DJ John B is also a molecular biologist.

John B’s career started when he listened to the show Fabio and Grooverider on Kiss FM. After that, he completely immersed himself into the world of Drum’n’Bass. He was adding new touches to the style by experimenting with sounds and styles. He used electro, jazz, industrial, indie, and more. He experimented with the classical music as well.

After some time, John was noticed by SS and Goldie, which was a big success. At that time, SS created a new label New Identity Recordings. Soon the label released “Sight Beyond” and “Jazz Session 1”. John’s tracks became popular among such celebrities as Ed Rush, Matrix, and Grooverider.

John kept experimenting with his sound and in 1998, he released a double LP Visions. It was very popular among Drum’n’Bass fans. In that album, John discovered a new branch of Brazilian Drum’n’Bass.

In 1999, John formed his own label Beta Recordings and released a new song “We Like The Music”. He went on to work on a new album. Catalyst was released in three formats: 3 discs, 2 discs, and LP.

In 2001, John released a hit single “Up All Night”, which reached high spots on the UK Dance Chart. It became one of the most beautiful songs created by the DJ to date.

John continued to experiment with Drum’n’Bass and other styles. He released 8 more albums, the latest one to date being Light Speed (2012). He creates new music, works as a producer and performs live.