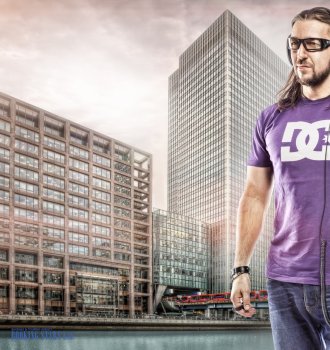 Karmatronic began creating remixes in 2005. It was a start of a brilliant career as a DJ, which is still going rather strong. Karmatronic breakthrough project involved working with the famous singers Beyoncé and Kelly Rowland. The Michelle William’s song “We Break Down – Karmatronic Mix” topped Us Hit Dance Billboard Chart.

In 2006, Karmatronic gained international recognition when he worked on the remix of Beyoncé’s track with Sony BMG America.

In 2008, the DJ topped the US Hit Dance Billboard Chart two more times and reached high spots on Viva and Club Charts. The success of the tracks allowed him to get contracts with such celebrities as Britney Spears, Kelly Rowland, DJ Tiesto, Jennifer Hudson, John Legend, and more.

In 2009, Karmatronic created a mix to Beyoncé’s “If I Were a Boy” and the song reached the second spot on the Dance Billboard Chart.

Remixing Beyoncé’s song earned Karmatronic immense popularity. To date, he remixed 6 tracks, which were performed by the famous singer. He is the only DJ in music history, who had a chance to work with all three members of Destiny’s Child. Karmatronic is also the only DJ, who remixed Train’s “Hey, Soul Sister”.

One of the reasons why Karmatronic is so popular is his manner to use show elements to entertain his fans. The special effects and tricks allow the audience to remember his concerts as something special. Once, Karmatronic had assistants lift him up to the DJ Booth, which was 50 feet above the ground.

Karmatronic is also one of the first DJs to work with Rock The House style that includes the mix of rock and house songs. This DJ creates unforgettable and unique mixes and has no trouble capturing the audience’s attention.

In 2011, he performed as an opening act for Britney Spears. Two years earlier, he did the same for Beyoncé and Triesto.

In 2012, Karmatronic performed at the opening of European Soccer Championship in Poland. 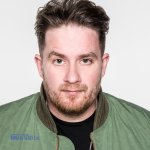