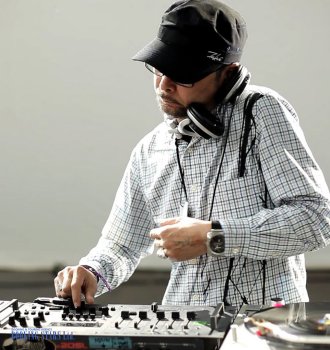 Krush was born on July 29, 1962, in Japan. He is a DJ and a record producer. Krush’s real name Is Hideaki Ishi. He is a founder of a hip-hop group Krush Posse.

Hideaki Ishi’s hometown is Tokyo. He is a gifted producer and DJ with an impeccable taste. For many years, Ishi has been one of the well-known and respected leaders of the international music industry.

In 1987, Krush formed a band Krush Posse, which performed on the stages all over the world. The group also appeared on TV and was called the best hip-hop project in Japan.

In 1992, Krush Posse was disbanded and Ishi started thinking about a solo career. He became the first DJ to use turntables as a live instrument. Krush never stopped looking for new horizons of his artistic approach. After releasing his first album Krush, the musician recorded a huge number of records in Japan, Europe, USA, and the rest of the world.

Krush’s sixth album Zen was called The Best Electronic Album of The Year at the AIFM Awards. Besides working as a DJ, producer, and remixer, Krush created music for different movies, TV series, and commercials. He performed at a unique live session with musicians from all over the world.

In 2004, Krush producer a soundtrack to the documentary of the famous Japanese photographer Nobuyoshi Araki. The film was called Arakimentari. The documentary became a hit at many independent movie festivals in the USA and received a People’s Choice Award at the International Movie Festival in Brooklyn.

In 2009, Krush joined a project called Method of Defiance created by Bill Laswell. In 2011, the band released an album called Incunabula, which was recorded together with Herbie Hancock. The same year DJ Krush recorded several songs for the soundtrack of the animated movie First Squad.

Throughout his career, Krush performed in almost 50 countries and 300 cities. More than 4 million people heard him play live. He released 14 albums, the latest one to date being Kiseki (2017). Krush continues to create new music and performs live.