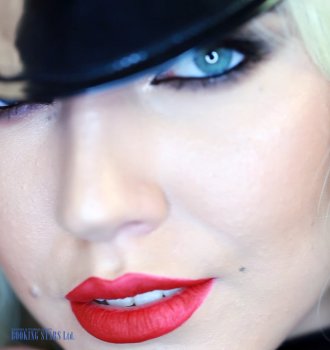 DJ Layla was born on July 11, 1987, in Moldova. She is particularly famous for her song “Single Lady”. Layla finished law school but works as a DJ in Romania. Her style is Eurodance with an electronic sound.

When she was a child, DJ Layla lived in Ukraine with her parents. In 2005, she graduated high school and enrolled at a law school of Moldova State University. After finishing law school Layla realized that her passion for music is stronger than her passion for law. Layla decided to pursue a career of a DJ.

In 2005 – 2007, Layla took part in a variety of music projects. She worked with Sunset People, Kristina Vixen, and Maxwell Sunbeat. Layla managed to create a special atmosphere in the clubs she performed at. When she played the music people valued her different approach to the sound. Layla’s music had a big effect on the audience. She received the best reviews from the fans and the critics. At that time, she worked at the most famous clubs in Ukraine and Moldova.

In 2007, Layla joins a girl project called Ladies on Fire. The project was fairly successful. In 2008, the girls were invited to the Evolution Party. They performed as an opening act for such artists as Yves Larock, Lexter, and Fragma. Between 2007 and 2008, Layla worked with such groups as Deep Love and Vibrations.

In 2008, Layla recorded her biggest hit to date “Single Lady” together with Alyssa, who lent her voice to the project. The song conquered Moldovan, Ukrainian, Romanian, and Russian Charts.

Layla went on to record 15 more singles, the latest one to date being “Ocean of Love” (2017). Layla continues to work on new music and performs live.