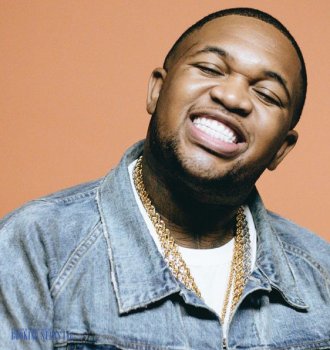 DJ Mustard’s real name is Dijon McFarlane. He was born on 5 June 1990 in Los Angeles. When Dijon was 11, his uncle allowed the talented boy to work as a DJ at a family celebration. Dijon liked performing so much that he decided to devote his life to DJing. He worked hard to perfect his skills.

When McFarlane was a teenager, he got a chance to perform at several clubs. He used the Reason app to come up with new songs. Dijon tried hard to find his own signature sound and managed to create something special. The young artist’s pseudonym appeared thanks to his first name. It’s easy to guess why Mustard came to Dijon’s mind.

In 2010, the musician began his career. He helped the rapper YG record his mixtape, - The Real 4Fingaz. A little later, he tried his skills as a producer. Dijon produced YG’s "Bitches Ain't Shit" (recorded together with Tyga and Nipsey Hussle) and "You Broke" (with Nipsey Hussle).

Tyga enjoyed worked with Dijon. In 2011, he invited DJ Mustard to produce his single “Rack City” from the LP Careless World: Rise of the Last King. Partially thanks to Dijon’s effort, the song climbed to the 7th spot of Billboard Hot 100, topped R&B/Hip-Hop Songs Chart, and came in second on Hot Rap Songs Chart. It was an overwhelming success for both the rapper and the producer.

In 2012, the producer worked on 2 Chainz’ “I’m Different”. It was worth the effort. The song reached the 6th spot of Hot R&B/Hip-Hop Songs and sold 500 000 digital copies. Later that year, DJ Mustard worked with Young Jeezy to help him promote the song “R.I.P” from mixtape It's Tha World. The same year, DJ Mustard worked with Bow Wow. He helped the rapper release “We In Da Club” from the LP Underrated.

In June 2013, Dijon’s fans finally saw his first mixtape, which had an interesting name, Ketchup, especially considering the artist’s pseudonym. The album was recorded together with YG, Ty$, Nipsey Hussle, Clyde Carson, Joe Moses, Dorrough, Kid Ink, Ca$h Out, Dom Kennedy, Lil Snupe, Casey Veggies, and Lil Jon. Back then, Dijon didn’t work with labels yet so the album was self-released. That didn’t stop many organizers from trying to book DJ Mustard for private events.

Part of 2013, the musician spent on production projects. He worked with HeadBand on B.o.B and with 2 Chaniz on Underground Luxury. With his help, Kid Ink released “Show Me”, which topped U.S. Rhythmic Billboard Chart. In November, the artist announced his plans to release an album with Jay-Z’s label Roc Nation.

In 2014, Mustard worked with Kid Ink again. They recorded "Main Chick" from My Own Lane, which reached the 60th spot on Billboard Hot 100. The same year, Dijon recorded his first LP10 Summers. The album reached the 20th spot of US Top R&B/Hip-Hop Albums and the 143 position of US Billboard 200. A year later, DJ Mustard released a mixtape, 10 Summers: The Mixtape Vol.1.

In 2016, the DJ worked on Trea Fitz’s debut LP. In September he released the second studio album, Cold Summer with Nicki Minaj, Jeremih, Ty Dolla $ign, Rick Ross, Young Jeezy, YG, and K Camp as guests. The album reached the 24th spot of Top R&B/Hip-Hop Albums. It featured three hits, “Been A Long Time", "Want Her", and "Shake That Ass".

In 2018, Dijon recorded “Anywhere”, which is expected to become a part of his next LP. 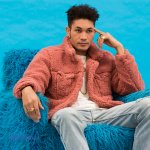 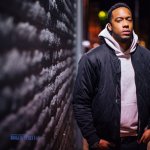