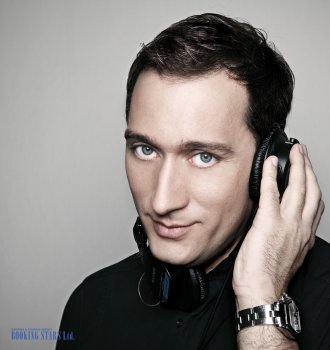 Paul Van Dyk grew up in the eastern part of Berlin. His real name is Matthias Paul. Paul became a big fan of restricted music by listening to underground radio stations RIAS and SFB, which were operating in West Germany. He also managed to buy discs, which other music fans brought to eastern Germany illegally.

Paul was born on 16 December 1971, in East Germany. He was brought up by a single mother. Van Dyk’s father left the family when the boy was just four years old.

Since childhood, the aspiring artist was a big fan of The Smiths. He dreamed of learning to play the guitar. The boy’s idol at the time was Johnny Marr. A little later, Paul enrolled in a music school where he changed his mind about the guitar. The variety of music he enjoyed, which could be played with a guitar, was limited.

When the Berlin Wall was destroyed, the future DJ got access to the music clubs in the other part of the city. It made a huge impression on a boy, who grew up in East Berlin. He debuted in 1991 at the Tresor club. That’s when the artist adopted the pseudonym, with which he became famous all over the world. The young man started performing at different nightclub parties. His popularity was growing quickly. In 1993, he became a resident DJ of E-Werk. Many clubs wanted to book Paul Van Dyk for private events.

In 1994, the DJ recorded such songs as "Pump This Party", "The Green Valley EP", and "Emergency 911". To diversify his performance, the young man needed many remixes. After meeting DJs Reeder and New Order, he created a remix to the song “Spooky” from the album, Republic. Later, Reeder convinced Paul to release the debut album called 45 RPM. VOOV and John Klimek helped Van Dyk record the disc.

The second album, Seven Ways, brought Paul the title of one of the leaders in the trance genre. The LP made the DJ popular in the UK.

In 1997, Paul began working with a producer and musicians BT from the USA. With his support, Van Dyk recorded such songs as "Forbidden Fruit,” “Namistai" and "Flaming June". The next few singles weren’t as popular. However, new albums, Seven Ways and Words brought the musician even more success. One of the reasons was the rising popularity of nightclubs in the UK.

In 1998, 45RPM was released for the UK audience. It immediately topped the charts. At about the same time, Van Dyle became a resident DJ in a popular club Gatecrasher One in Sheffield, UK. The same year, the artist created a remix for Binary Finary’s song “1998”. It reached high spots on German charts.

When DJ left MFS Records, he became a stockholder of Vandit Records. In 2000, Van Dyk decided to change the direction his music was taking and put an emphasis on melodic rhythms for dancing parties. The next album, recorded in the new style, was Out There And Back. It featured a hit single "Tell Me Why (The Riddle)", recorded with Saint Etienne.

The first mix album, The Politics of Dancing, came out next year. After its release, the DJ embarked on a world tour. In 2003, he presented a DVD, Global and recorded a soundtrack for the Mexican fantasy adventure film, Zurdo.

A little later, the DJ presented a new album, Reflections, recorded after his trip to India. Compared to previous albums, it seemed melancholy. The LP featured a single "Nothing But You", recorded with the support of Hemmstock & Jennings. It was nominated for a Grammy Award as the Best Electronic Album.

In 2017, in Las Vegas, the DJ announced a new album, From Then On. It featured such popular songs as "Safe Heaven", "I Am Alive", and "While You Were Gone". The next LP, Music Rescues Me, came out in 2018 and reached the 70th spot of the German chart.

In 2020, Paul van Dyke is planning to release another album, Guiding Light. He continues working on new hits and performing live.