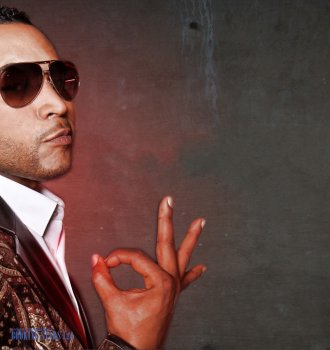 Don Omar (real name William Omar Landrón Rivera) was born on 10 February 1978 in Puerto Rico. The artist enjoyed music when he was young but didn’t make it a hobby until much later. When he was a teenager, Omar became interested in religion. He even preached sermons in the local protestant church. However, several years later Omar decided that it was time for a change and chose music.

Omar’s career began in 1999 when he worked on the popular song “Dejame cazarlos”. Soon he decided to try his luck on stage and performed at the local nightclub with DJ Eliel Lind Osorio. After the performance, several organizers wanted to book Don Omar for private events. He also received an invitation to work with a duo Héctor & Tito as a back vocalist. At that moment, Omar started thinking about a solo career. However, his first album didn’t come out until several years later.

In 2003, the artist debut LP The Last Don was released. The album reached the second spot on Billboard Top Latin Albums. A while later, after selling over half a million copies, it earned a gold status from RIAA. The live version of the LP, The Last Don: Live (2004), became even more successful. More than a million copies were sold all over the world. In the USA, the album became platinum. It brought Omar several prizes at Billboard Latin Music Awards.

The artist’s next LP King of Kings (2006) was even more successful. It reached the 7th position on Billboard 200 and topped Billboard’s Top Latin Albums, where it stayed for 15 weeks. More than six million copies were sold worldwide. RIAA granted the album a gold status. It’s worth noting that two singles from the album, “Angelito” and “Conteo” reached high positions on the chart. The former earned a gold certification in the USA. Three years after the release, Billboard called King of Kings the most successful album of the decade.

In 2007, the artist faced some legal problems in Bolivia for unexpectedly cancelling a concert, which was part of his tour. After some time, the parties reached an agreement and the musician left the country.

In 2009, Omar released another LP, iDon. It appeared as if his popularity was slowly waning. The album didn’t climb higher than the 37th spot on Billboard 200. However, a single from the LP, “Sexy Robotic”, became rather popular but still couldn’t repeat the success of “Angelito.” At about the same time, the artist founded his own label El Orfanato Music Records.

Omar’s new LP Meet The Orphans (2010) was just as popular as the previous one. The most popular single from the album was “Danza Kuduro”. It conquered many world charts and became the most successful Omar’s song to date. The single earned an impressive number of platinum certifications, five of which came from the USA. Another single “Taboo” was also successful on the USA charts.

In 2015, Don Omar released his last album to date, The Last Don II. It reached the 73rd spot on Billboard 200. The single “Soledad”, which was featured in the LP, earned a platinum status in Spain.

In 2017, there were rumors about Omar’s plans to leave the music industry. However, they are still not confirmed.