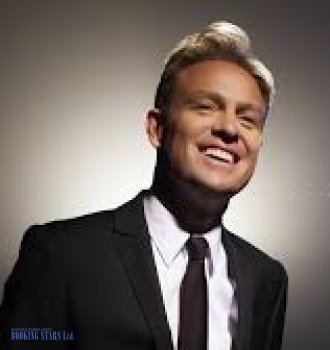 Jason Donovan was born on June 1, 1968, in Australia. He is a singer and an actor. Jason began his acting career some time before he started singing. He is mostly famous for such songs as “Nothing Can Divide Us”, “Especially For You”, and “Too Many Broken Hearts”. He holds numerous awards for various roles in TV series and films.

Jason was interested in music and acting ever since he was a child. His father was a popular Australian TV actor. When he was 11, Jason debuted in the TV series Skyways, where he landed a leading role.

After finishing college, he started thinking about a career as an actor. The fame came to Donovan after he appeared in the TV series Neighbors with Kylie Minogue. After finishing with Neighbors, Jason moved to London. He landed several roles but didn’t manage to become as successful as he wished. That’s when Donovan decided to pursue a music career. He took advantage of his friendship with Kylie Minogue, who helped him in the music business. They recorded several songs together.

In 1988, Donovan released his first single “Nothing Can Divide Us”, which reached the 3rd spot on Australian Singles Chart and the 5th spot on the UK Singles Chart. The song was certified silver. The same year, together with Kylie Minogue, Jason released his second single “Especially for You”. The single was a big hit. It reached the 2nd spot on the Australian Single Chart and topped UK Singles chart. It was certified golden and platinum.

In 1989, Donovan released his first album Ten Good Reason. The album was very successful. It was certified platinum 5 times in the UK only. It reached the 5th spot on the Australian Albums Chart (ARIA) and topped the UK Albums Chart.

In 1990, Jason released his second album Between the Lines. It reached the 2nd spot on the UK Albums Chart but only the 77th spot on the ARIA chart. The album was certified platinum in the UK.

In 1993, Jason released his third album All Around the World, which was much less popular than the predecessors. At the same time, he developed a drug problem. He managed to conquer it in the beginning of 2000’s and released 3 more albums, which were not as successful as his previous work. Jason still records new music, acts, and gives concerts.