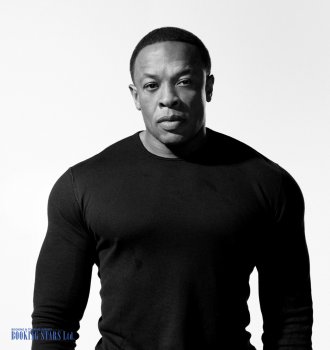 Dr. Dre’s real name is Andre Romelle Young. He was born in Los Angeles on 18 February 1965. At the moment of Dre’s birth, his mother was barely 16. When the boy was three years old, his parents divorced. Andre’s mother remarried and gave birth to three girls and a boy, who became a famous rapper. Today he performs as Warren G.

The future rap star attended numerous high schools. He had to leave one due to the worsening crime situation in the neighborhood. Then Andre’s family moved. He left another school due to bad grades. Dre finally graduated from high school. However, his bad grades didn’t allow him to enroll in an aviation school. This experience helped Andre realize that he wanted to devote his life to music. He started working as a DJ at high school parties.

In 1984 and 1985, the rapper attended the nightclub Eve After Dark, where rappers and DJs spent their free time. Later, he also became a DJ in the nightclub Dr.J. That’s when he adopted the pseudonym Dr. Dre.

Between 1986 and 1991, Dre spent his time working with MC Ren, Ice Cube, Arabian Prince, Eazy-E, and DJ Yella. They formed a group called Niggas With Attitudes or N.W.A. The artists performed songs, which contained offensive language. The lyrics talked about the problems faced by poor African Americans. Back then, it was a brand new music style called gangsta rap. Their first album, Straight Outta Compton, became very popular.

After some disagreements with the band members, Dre decided to become a solo artist once again. In 1991, he recorded his first single, “Deep Cover”, together with Snoop Dogg, which became the soundtrack for the TV series Undercover.

The year 1992 was successful for the musician. He recorded a solo album, The Chronic, which made him a star. Many organizers tried to book Dr. Dre for their events. The originality of the lyrics and a special performance manner, the rapper became one of the founders of the G-funk style.

In 1995, Dre founded his own label Aftermath Entertainment. The first album created under the label was Dr. Dre Presents the Aftermath. In 1996, the artist presented a compilation album, First Round Knock Out, which featured previously unreleased songs. The same year Dre started his acting career. He landed a supporting role in the movie Set It Off.

In 1999, Dr. Dre decided to become a producer of a young star Eminem. He helped the rapper record the debut album, The Slim Shady LP.

In 2000, Dre earned a Grammy award as a producer. Even though Dr. Dre was a very successful producer, he wanted to continue his solo singing career. His second album 2001 came out in 1999 and brought Dre a Grammy. Dre worked with many famous artists to record some of the songs. “Forgot About Dre” and “Still D.R.E.” became hits.

In 2001, Dr. Dre appeared in such movies as The Wash and Training Day. The same year Andre announced the upcoming release of his last solo album, Detox. However, he kept delaying the release until, in 2011, it became obvious that the album will never come out. However, he did release two singles “Kush” and “I Need A Doctor”. The latter earned two platinum certifications in the USA.

In 2015, the artist presented another solo LP, Compton. It was used as a soundtrack to the movie Straight Outta Compton, which described the story of the African American group N.W.A. Dr. Dre also appeared in the movie. The songs from the album climbed to high spots on the charts.