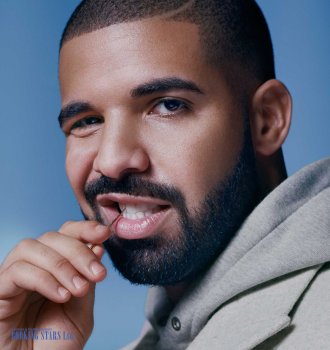 Drake’s real name is Aubrey Drake Graham. He was born on 24 October 1986 in Toronto. Graham’s parents divorced when he was five. He stayed with his mother, who was a teacher. Sometimes, the boy spent summers with his father, who lived in Memphis. Drake’s father was a drummer. Aubrey’s family moved a lot. He changed many schools. The boy’s childhood hobby was hockey. His mother insisted that he would get a college diploma. Drake studied in different colleges, dropped out several times, but finally graduated in 2012.

When Aubrey was 10 years old, he demonstrated a clear artistic talent. He appeared in several teenage TV series and started writing songs. The artist’s filmography includes such series as "Degrassi: The Next Generation", "Conviction", "Sophie", "Soul Food", "The Borders", "Best Friend's Date," and "Being Erica". It’s worth noting that Drake’s acting work wasn’t aimed at popularity and recognition. He had to work hard to support his family. Aubrey’s mother was seriously ill.

The aspiring musician made his first steps toward fame in 2006. He recorded a mixtape Room for Improvement, which sold only 6,000 copies. However, Drake didn’t give up. He started marketing the album on his own website and on MySpace.

In 2007, Drake recorded another mixtape, Comeback Season. Its release marked the breakthrough in the artist’s career. His song “Replacement Girl” recorded with Trey Songz reached the 21st spot on Hot R&B/Hip-Hop/Rap Songs chart. The music video for the song was aired on BET.

In 2008, the famous rapper Lil Wayne decided to help Drake with his career. They toured together and recorded several songs, such as "Man of the Year", "I Want This Forever", "Brand New", and "Ransom".

The long-awaited recognition came to the musician in 2009. He debuted with the studio EP So Far Gone. The album was available for free downloading on the internet. It was downloaded 2,000 times in just two hours. The listeners appreciated two songs, "Best I Ever Had" and "Successful". The former reached the 2nd spot on Billboard Hot 100. The latter climbed to the 17th position of the same chart. The artist started getting offers from famous labels. Many fans wanted to book Drake for their events.

At that time, Drake was at the peak of his popularity. He also enjoyed a turbulent personal life. The musician dated Keshia Chante. There were also rumors that he was going out with Rihanna.

In 2010, Drak released the debut studio LP, Thank Me Later. Two weeks before the album was officially released, the songs appeared on the Internet. The rapper announced that he has always been releasing free music and wasn’t upset about the unofficial upload. His fans appreciated such new hits as "Show Me A Good Time", "Thank Me Now", "Over", and "Find Your Love”.

In 2011, the singer announced a release of another LP, Take Care. It was delayed several times but finally came out in November. The album sold 631,000 copies.

Drake’s third studio LP, Nothing Was the Same, came out in 2013 and was immensely successful. It earned 7 platinum certificates, four of them from RIAA. The same year Drake worked with such artists as Rick Ross and Kendrick Lamar.

In 2015, Drake collaborated with the rapper Future. They created a mixtape called If You’re Reading This It’s Too Late. The music video for the song “Hotline Bling” was viewed more than 1 million times on YouTube. The same year Drake tried himself as a businessman and opened a nightclub Sher Club.

In April 2016, the artist released a new LP, Views, which climbed to high spots on the charts and earned a variety of platinum certifications.

Drake’s personal life is a mystery. There were rumors about him dating various celebrities, including Serena Williams, Bella Hadid, and Jorja Smith. However, the musician has never revealed anything about his girlfriends.

In 2017, Forbes magazine called Drake was one of the three highest paid artists on the planet.

Right now, the musician is working on his fifth album, Scorpion, which is scheduled to be released in June 2018. 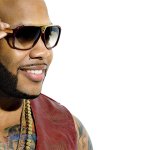