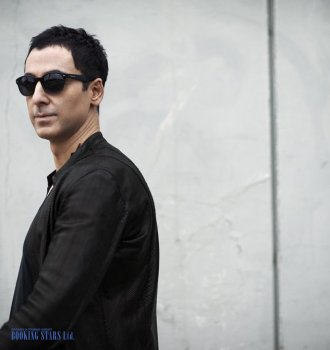 Dubfire was born on April 19, 1971, in Teheran, Iran. He is a DJ and a producer. His real name is Ali Shirazinia. The DJ is well known for his work with the electronic music project Deep Dish Dubfire, which brought him a Grammy.

Besides working with Deep Dish Dubfire, Ali released a variety of tracks and remixes. He achieved impressive fame after performing in many different corners of the planet and conquering the most famous clubs and stadiums. After a huge success of the Deep Dish Dubfire project, Ali and his colleague Sharam Tayebi made a decision to go on a hiatus and start working solo in order to bring something fresh into their work. No one expected Dubfire to become popular outside the project. However, he managed to prove everyone wrong.

Dubfire loved different electronic music styles, including punk, new wave, jazz, dub, hip-hop, house, and techno. He made it a goal to promote his own view of the music and to completely change the way others traditionally viewed the entire dance music genre. He decided to go back to his roots. Dubfire’s first release “I Feel Speed” demonstrated the new sound, which contained bits of his favorite music styles.

After the release of the singles “Roadkill” and “Ribcage”, Dubfire was on his way to becoming famous. He got various interesting offers, including creating a compilation album for Mixmag, Raveline, and DJ Magazine. He was also offered to record Essential Mix for the British Radio1. Beatportal and Resident Advisor gave Dubfire’s songs great reviews. The success was truly overwhelming.

In 2007, Dubfire made another serious step in his career and formed his own label Science + Technology Digital Audio (SCI+TEC). Initially, the label was planning to release electronic music and was the source of Dubfire’s production. But soon it became very popular and created releases in all formats.

In 2008, Dubfire was called the most promising musician of the year and Resident Advisor included his songs into top-10 and top-10 ratings several times. He also won two Beatport Awards.

Throughout his career, Dubfire worked with a variety of famous artists. He continues to record new songs, works to improve his label, and performs live.

How much does it cost to book Dubfire:
Price inquiry
Dubfire booking agent:
Contact agent
Dubfire Contacts:
Send Dubfire a message
« previous next »