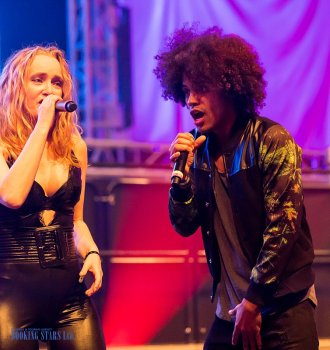 E-Rotic was formed in Germany in 1994 by two producers, David Brandes and Felix Gauder. The initial line up featured a vocalist Lyane Leigh (real name Liane Hegermann). She began a solo career in the 1980s. By the mid-1990s, she already released several singles. The singer worked with Brandes during his gig with Missing Heart. The second part of the duo was a black American rapper, Richard Allen Smith.

In 1994, the band released its debut single, "Max, Don’t Have Sex with Your Ex", recorded with the assistance of the Intercord label. It brought the duo immediate success, reaching the seventh spot on the national chart and making it into the UK Singles Chart. Soon, the song earned gold status. The second single also became popular and reached the 3rd position on the German charts. It was "Fred, Come to Bed". The song went gold.

In 1995, E-Rotic recorded its third successful single, Sex on the Phone". Soon after that, the duo presented its debut LP, Sex Affairs. As a bonus to the album, the fans got comics about cartoon characters, which looked like the band members. The fans and critics gave the album positive reviews. It climbed to the 15th spot of the German chart. The album earned three gold and three platinum certifications. By that time, the band’s popularity was at its peak. Many fans wanted to book E-Rotic for private events.

The new single, "Willy, Use a Billy… Boy" became a hit. The music video made it into the top-10 best German music videos. It was the last single recorded by the initial lineup. Soon Lyane and Richard left the group and formed another duo Sex Appeal. The real reason for the leave is still unknown. Some say that it happened due to numerous disagreements between Lyane and David.

All the following singles created by the group were recorded by new lineups. However, according to the contract, Lyanee continued recording vocals for the duo, E-Rotic until 1999. The new vocalists were an American artist, Terence d'Arby and a Swiss model, Jeanette Christensen. They recorded two songs, "Help Me, Dr. Dick" and "Fritz, Love My Tits". The second LP, The Power of Sex, appeared in the summer of 1996. After the release, the duo gave several concerts in Germany and Poland.

The new single, "Gimme Good Sex" came out the same year. After its release, Terrence left the group. The producers hired Che Jouaner to replace him. The artists embarked on a tour of Europe to promote their albums.

In 1997, E-Rotic released their next LP, Sexual Madness, which was different from the group’s previous work and didn’t come with the standard comics. Then the duo recorded an album, which contained their versions of old ABBA’s hits.

A year later, E-Rotic presented an album, Greatest Tits, which was created for the Japanese fans. At that time, Eurodance was more popular in Japan than in Europe. The album featured several old tracks and three new songs.

In 2000, the duo was planning to release an LP, Sex Generation, but Che decided to leave. Instead, the producers released a compilation album. E-Rotic MegaMix featured five new tracks recorded before Che left the duo.

Next year, Jeanette left the band as well. She decided to pursue a solo career. It didn’t keep the producers from releasing a compilation album for the Japanese audience. It was The Very Best of. The new vocalist was Yasemin Baysal. There were rumors that Che was coming back, but he never did. Sometime later Yasemikn left as well. In 2003, Lydia Madajewski took her place. She worked with the rapper, Robert Spehar.

At the beginning of 2003, Brandes recorded an album, Total Recall, which featured new versions of the duo’s old hits. Half a year later, the group presented a new LP, Cocktail E-Rotic, which contained 13 new songs. After that, the producer David Brandes started working on other projects. Unfortunately, for numerous fans, E-Rotic fell apart.

In 2014, the group came back to the stage when Lyane Leigh confirmed her desire to return. The second member was a rapper, Stephen Appleton. In March, the duo presented a new single, "Video Starlet". In 2018, the artists came up with a new hit, "Mr. Mister". 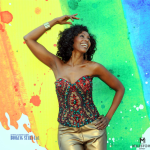