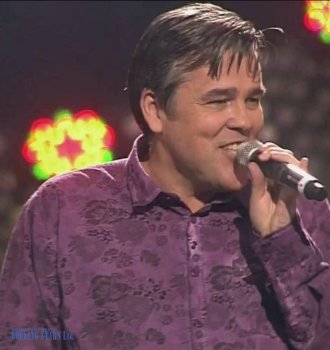 Eddy Huntington became famous in the 1980s for Italo-disco hits. One of his most popular songs is “USSR”, which conquered nightclubs and disco parties all over Europe. Eddy also came up with such hits as "May Day", "Up & Down", and "Physical Attraction".

Huntington was born on 29 October 1965 in a small British city, Peterlee. When he was in high school, the talented musician learned how to play the violin. The aspiring artist didn’t enjoy classical music. His favorite musicians were Phil Collins, Eurythmics, and Cliff Richard. Huntington felt inspired by their work and decided to join a local amateur group P.Y.D.W., created by high-school students.

The future celebrity’s parents were hoping he would become a doctor or a priest; however, Huntington had other plans. Eddy started singing when he was 17. Three years later, he moved to London, where he worked as a DJ and studied choreography in the famous dancing studio Pineapple. While attending the studio Eddy got gigs on fashion shows, where he was noticed by the famous producer Roberto Turatti, who worked with Den Harrow at the time. It took a few weeks for the producer to contact Eddy and offer him a chance to perform in a Milano studio. Huntington thanked Turatti for the opportunity. Over the phone, he sang “USSR” and immediately went to Italy.

In 1986, Eddy signed a contract with Big Records where he released his most famous hit “USSR”. The single received a big recognition in Europe and the former USSR. This song still hasn’t lost its popularity. Roberto Turatti didn’t expect the single to become so successful. He was extremely impressed with the outcome.

Eddy went on to record new songs. In 1987, he presented singles "Meet My Friend" and "Up & Down", both of which became successful. After their release, the artist started giving numerous concerts. He performed in nightclubs and on different stages. In the process, Huntington met such music industry stars at Jennifer Munday, Den Harrow, Sharon, Tom Hooker, and Baltimora. At that time, many organizers tried to book Eddy Huntington for private events.

In 1988, the singer released his first album. It became the only LP recorded by Edward to date. In Germany and Japan, it came out as Bang bang baby. In Italy, the album was named Нey seniorita. Even though the LP was successful, soon after its release, Eddy stopped giving concerts. He got married and started dedicating all his time to family life.

At the beginning of the 1990s, Huntington started working as a schoolteacher. After some time, he moved to Thailand and continued teaching. Two years later, his wife gave birth to a boy. The family decided to move back to the UK.

In 2005, unexpectedly, Eddy Huntington appeared on stage as part of the Russian 80’s Disco concert. Many fans were hoping to see him return to the music business, however, Eddy stayed in the shade. In many interviews, Huntington kept saying that he is happy with the quiet life he leads.

In 2009, Eddy changed his mind. He signed a contract with I Venti d'Azzurro Records and released a single called "Love for Russia". The singer presented the song at the next 80’s Disco in Russia. It became a huge hit. After seeing the single’s popularity, Huntington decided to go back to the music business. However, he didn’t quit his teaching gig.

In 2011, Eddy recorded a new song “Honey, Honey!” with a Russian duet DiscoBonus. In 2013, he presented “Rainy Day in May.” In the song, the artist tried to go back to the sound of the 1960s inspired by his idol, Cliff Richard.

In 2017, Eddy came up with a new successful single “Warsaw In The Night (Cinderella)"

Today, Huntington is working on new hits. He gives private concerts in Europe and Russia. The artist currently resides in London with his family.