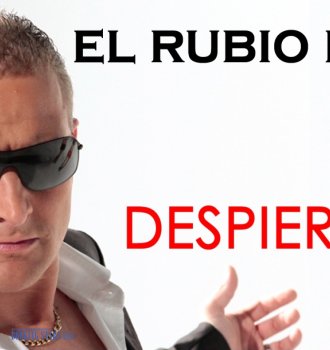 El Rubio Loco (real name Gian Carlo Pioli) was born on November 13, 1968, in Italy. When he was young, Pioli worked as an entertainer at children’s parties. He also had a comedian act for private events. Back then, it was easy to book El Rubio Piolo for virtually any occasion, since he was yet to become famous.In the early 1990’s, Pioli suddenly became interested in Latin music and culture. He took several long trips to Cuba and Dominican Republic. After that, he established a band La Parranda Latina, which consisted of very talented Cuban, Dominican, and Columbian musicians. Pioli created a unique Italian Latin style, which helped him conquer the hearts of both Italian and Latin music fans. In 2003, Italian dubbed him the Artist Of The Year.

In 2004, El Rubio Loco recorded his first studio album, Gonzalo. It was very successful mostly thanks to the single with the same name, which came out a few months earlier and already conquered the radio stations around the world. The LP reached high spots on the charts in several European countries. After the release, El Rubio Loco went to Cuba to record music videos for the songs “Gonzalo” and “Moron.”

In 2005, Pioli recorded another studio album Libre. Just like the previous one, this LP reached high spots on European charts.

El Rubio Loco continues to record new songs and film videos. He performs at nightclubs and discos all over the world. The artist is well known for his ability to create an inviting atmosphere. His performances are always in demand.