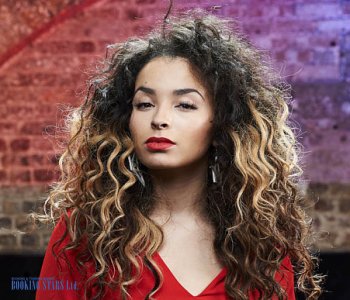 Ella McMahon was born on 1 April 1994 in London. Today, she is mostly known as a singer and songwriter Ella Eyre. Some of her most popular songs are "Waiting All Night", recorded with Rudimental and "Think About It" with Naughty Boy and Wiz Khalifa. She has also released numerous solo hits.

Ella grew up in eastern London. Her parents didn’t belong to the world of music, which didn’t stop McMahon from making singing her hobby. Before devoting her life to music, Ella’s hobby was swimming. She had all the chances of becoming an excellent professional swimmer.

Ella attended a regular school in Millfield and then enrolled in BRIT School. After graduating, she began working with other artists to hone her skills. Soon, she met several famous producers, including Fraser Smith and Chris Loco. In June 2012, Ella signed a contract with Warner/Chappell Music and started working with Virgin EMI as well.

After gaining access to a professional studio, Eyre recorded several covers with Bastille. One of the popular songs of the time was “Waiting All Night”, which Ella worked on with Rudimental. The single topped the UK Singles Chart. At that time, Ella was just 19 years old. After giving several successful concerts with Rudimental, the artist embarked on a tour with Plan B where she was an opening act.

At the end of 2013, the singer presented her firs EP, Deeper. The young artist demonstrated her unique style and showed fans her talent. All the songs were loud and energetic. Eyre had a strong voice, which made a good impression on the critics.

In March 2014, Ella presented a leading single of the upcoming debut LP, the release of which was planned for the summer. In June, she recorded another song “If I Go”. The single settled on the 16th spot of the UK Singles Chart and reached high positions on Irish and Belgian charts. After such success, many organizers tried to book Ella Eyre for private events.

The third single, “Comeback”, reached the 12th spot of the UK Singles Chart and came in 31st in Hungary and 10th in Scotland. The album’s release didn’t happen as planned. In September 2014, Ella wrote “Changing” for Sigma and Paloma Faith. The song became a big hit.

In February 2015, Ella Eyre helped DJ Fresh record the single “Gravity”, which climbed to the 4th spot of the British Chart. After that, she released her second EP, Ella Eyre, with the support of Virgin EMI. The single “Together” reached the 12th spot of the UK Singles Chart and became popular in Belgium, Scotland, and Ireland.

Another single released in the summer of 2015 was “Good Times”. It climbed to the 37th spot of the British chart. Soon after the release, the singer finally presented her debut LP, Feline, with the support of Virgin EMI. The album featured her single “Deeper”, 11 new tracks, an instrumental version of “Waiting All Night”, and “Gravity”, recorded with DJ Fresh. The album came in 4th in the UK Albums chart. In Belgium and Ireland, it reached the 35th spot.

In the fall of 2015, Ella Eyre recorded a cover for "Swing Low, Sweet Chariot". The song came in 134th on the British chart. In 2017, the young singer performed at the KOKO Concert in London. She sang "LOV(E)", "Drink with Your Name on It", "I Swear", and "Ego" (with Ty Dolla $ign). After that, together with DJ Sigala, Eyre presented a new single “Come Here for Love".

In 2019, Ella presented a new single “Mama”, recorded with Banx & Ranx and Kiana Lede. It is expected to become part of her new album, the name and the release date of which are currently unknown.