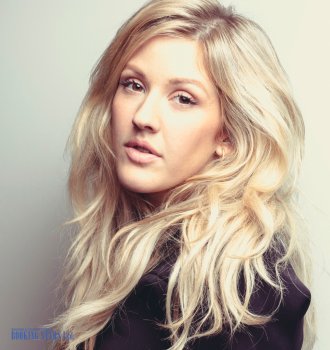 Ellie Goulding was born on December 30, 1986, in England. She is a singer, songwriter, and producer. Ellie is mostly famous for her songs “Your Song”, “Burn”, “Love Me Like You Do”, and “Starry Eyed”.

Ellie learned to play the guitar when she was just 15 years old. When she was a university student, Goulding studied scenic art and discovered electronic music.

In 2009, Goulding signed a contract with Polydor Records and released her debut single “Under the Sheets”. It reached the 53rd spot on the UK Singles Chart and the 91st spot on German Singles Chart. Later that year, Goulding went on a UK tour in support of a young performer Little Boots. Some time later, together with Frankmusik, Goulding released “Wish I Stayed”. The same year Goulding released her debut EP, An Introduction to Ellie Goulding, which wasn’t a big success.

In 2010, fame finally came to Ellie when she released her debut album Lights. The LP sold 1.6 million copies worldwide and went platinum twice. The album topped UK albums chart and reached the 21st spot on Billboard 200. The LP was a success in various countries, including Canada, Ireland, and Germany.

In 2012, Ellie released her second studio album Halcyon, which was a great success worldwide. It sold over 1 million copies, topped UK albums chart, reached the 9th spot on Billboard 200 and Irish Album chart. The LP managed to make its way into various charts all over the world. A single from that album “Burn” became one of the greatest hits performed by Ellie. It received 7 platinum certifications.

In 2015, Ellie released her third studio album Delirium, which was just as successful as her previous two LPs, reached the 3rd spot on UK albums chart and Billboard 200. A hit single from that album “On My Mind” reached the 5th spot on the UK Singles chart. The same year Ellie Goulding recorded a soundtrack for the movie Fifty Shades of Gray.
The song “Love Me Like You Do” topped various European charts as well as UK singles chart and went platinum 14 times. Ellie Goulding continues to record new songs and perform live.

Ellie Goulding is a wonderful choice for your event! Do not miss a chance to hear world hits at your event live and create the unforgettable atmosphere!