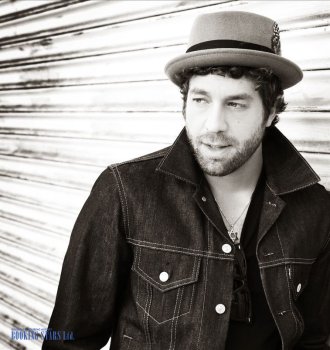 Elliott Yamin was born on July 20, 1978, in Los Angeles, California. He is an American singer mostly known for his songs “Wait for You” and “Fight for Love”. He came in third on the 5th season of American Idol.

When Elliott Yamin was 13 years old an ear infection resulted in a surgery. The boy lost 90 % of his right ear’s hearing ability, which didn’t prevent him from pursuing his favorite hobby.

Efraym Elliott Yamin became famous when he placed 3rd in the 5th season of a popular American TV show American Idol (2006). Stevie Wonder and Simon Cowell told Yamin that he should definitely think about a career as a singer. Yamin took the advice. The same year he released his first single “This Christmas”, which wasn’t as successful as Yamin hoped for. It reached the 21st spot of the Top Adult Contemporary Track Chart but failed to get into Billboard Hot 100.

In 2007, Yamin released his debut album, Elliott Yamin. The album reached the 3rd spot on Billboard 200 and topped US Independent album chart. The LP sold over 500,000 copies in the United States. Six months after the release, the album received a golden certification. The single from that album “Wait for You” became the most successful Yamin’s work to date. It reached the 13th spot on Billboard Hot 100, the 5th spot of the US Pop 100, and earned a platinum certification.

The album was very popular in Japan, where it was released in 2008 and received golden certification. Yamin visited Japan several times to promote the album and took part in various shows. He was named one of the best new artists at the Japan Gold Disc awards.

In 2009, Yamin released a new album Fight for Love, which reached 26th spot on Billboard 200. Yamin made a big effort to promote the album on radio stations. But it only sold 49,000 copies in the USA.

In 2011, Yamin released his next album for Japanese audience Gather ‘Round.

In 2012, Elliott released the next album Let’s Get to What’s Real. It was mostly a failure in the US, where it sold just 2,000 copies.

In 2015, Yamin released another album for Japanese audience As Time Goes By. Elliott continues to write new songs and gives live concerts.