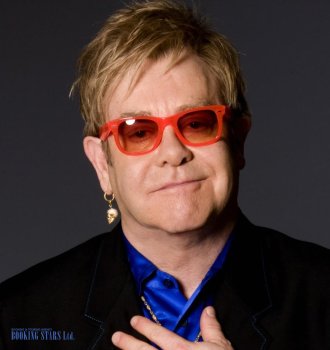 Elton John is one of the most famous artists of 20th and 21st centuries. He is a singer, a piano player, and a composer. Elton John was nominated for Grammy awards over 30 times and won 5 of them. He also holds a Tony Award and an Academy Award. Elton is mostly famous for his hits “Can You Feel the Love Tonight”, “Something About The Way You Look Tonight”, and “Sacrifice”.

Elton John started playing the piano when he was just 4 years old. He was an extremely talented boy, who managed to play virtually any melody. When he turned 11, he received a scholarship to the Royal Academy of Music where he studied for 6 years.

In 1960, John and his friends established a group The Corvettes. A year later, the band changed its name to Bluesology. John and his band performed in bars during the night and worked on the music during the day.

In 1967, Bernie Taupin and Elton John recorded their first song Scarecrow. Later they started writing songs for other artists. In 1968, they released a single “I’ve Been Loving You” and “Lady Samantha”. The songs weren’t successful but received good reviews.

In 1971, Elton released another studio album Madman Across The Water. The LP became a big hit in the United States.

In 1973, John established his own record label Rocket Records and released a pop music album, Don’t Shoot Me I’m Only a Piano Player, which topped the UK albums chart and went platinum. All albums that John released until the end of the 1970’s were extremely successful and got into the top 10 of various charts around the world.

In 1980’s Elton John released 9 more albums, all of which were very successful. The most popular one was Sleeping With the Past (1989), which was certified platinum 9 times. After the 1980’s Elton slowed down his album writing activity and was released an album every 3 – 4 years. Each one of his new albums reached at least the 6th spot on the UK albums chart and entered the top 20 of the Billboard 200. Elton continues to write new songs and performs live.