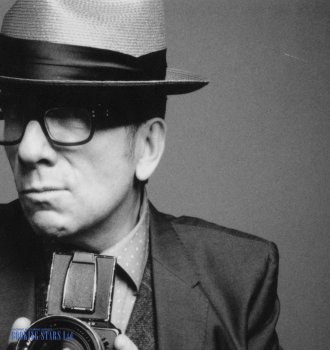 Elvis Costello (real name Declan Patrick McManus) was born on 25 August 1954 in London. Declan was a big fan of different music genres since he was a child thanks to his dad, who sang with a band, and his mom, who worked at a record store. Costello became popular due to mixing several genres. His music was a combination of punk energy and new wave structure. Elvis’ most popular songs are "Good Year For The Roses," "Alison," "Everyday I Write the Book," and "Veronica."

McManus’ music career began when he was just 16 years old. Together with a friend, Declan created a duo, which performed folk style music. Then the aspiring musician went to college and obtained an ordinary profession of a computer programmer. He settled for working in the office. Declan switched several office jobs before he realized that the time has come to start doing what he really enjoyed.

The new round of McManus’ career began in the 1970’s. He adopted the pseudonym Elvis Costello and formed his first band Flip City, which existed between 1974 and 1976. Costello wrote new songs and looked for an opportunity to start and solo career. He finally got a chance in 1977 and signed a contract with an independent label Stiff Records. Shortly Costello released his first single “Less Than Zero”. The song didn’t make it into the charts. However, the album, which featured it, My Aim Is True (1977), turned out to be very successful. It reached the 14th spot on the UK Albums Chart and the 32nd place on Billboard 200. The LP made it into several European charts. It earned a platinum status in the USA and became silver in the UK.

Working together with his backup crew Attraction, Costello recorded several successful albums, the style of which varied from power-pop to country. The second LP This Year's Model (1978) was much more successful than his previous work. It reached the 4th spot on the UK Albums Chart and earned a gold certification. In the next seven years, Costello and Attractions released six more albums.

In 1983, Costello recorded one of his most successful songs "Everyday I Write the Book," which was featured in the LP Punch the Clock (1983). The song entered many charts. It climbed to the 28th spot of UK Singles Chart and the 36th position of Billboard Hot 100. His next very successful single was "Veronica" from Spike (1989). It was followed by "The Other Side of Summer" from the LP Mighty Like a Rose (1991).

Costello wasn’t just working on his solo career. He often collaborated with successful artists, such as Paul McCartney. Elvis also acted as a producer for such bands as The Pogues and Squeeze. It was very hard to book Elvis Costello for any private event.

At the beginning of the 21st century, Costello’s popularity started to wane. His albums still reached fairly high spots on the charts but couldn’t sell as many copies as before. Elvis started working with other musicians, such as The Imposters, The Roots, and Allen Toussaint. Their names appeared on his LPs.

In 2013, Elvis recorded his last album to date and called it Wise Up Ghost. The LP reached the 6th spot on Billboard 200 and the 28th spot on UK Albums Chart. However, the number of sold copies wasn’t enough to earn a silver status.

In 2015, Costello wrote an autobiography, which he called Unfaithful Music & Disappearing Ink.

The artist continues his work as a producer and writes new songs. In 2017, he recorded a new single “American Tune”. 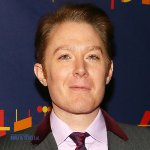