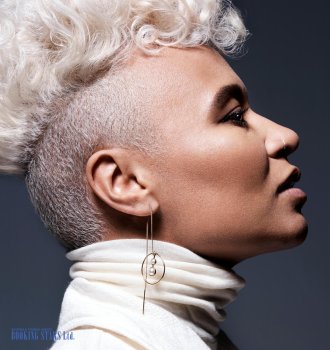 Emeli Sande was born on March 10, 1987, in Scotland. She is a singer and a songwriter, mostly famous for her songs “Heaven”, “Next to Me”, and “My Kind of Love”. She holds numerous BRIT awards, a BET award, and Elle Style award.

Emeli was interested in singing since she was 4 years old. When she turned 11, Emeli wrote her first song for a school talent contest. She called the song “Tomorrow Starts Again”. Later the singer said that it was the first time she thought about pursuing a music career.

When Emeli was 15, she was invited to the talent show Rapology at the Choice FM radio in London. That’s when she was noticed by the MTV producer Richard Blackwood, who invited her to perform on TV. However, after finishing high schools Emeli suddenly made a decision to apply to medical school at the University of Glasgow but dropped out 4 years later.

In 2008, Emeli and her sister recorded a music video where Emeli plays the piano and sings “Nasty Little Lady”. They sent the video to a BBS Urban Music contest, which Sande won. However, she was refused a contract. Soon Sande was noticed by producer Shahid Khan, who helped her sign contracts with Virgin Records and EMI Records.

In 2009, Emeli, who used to write songs for other artists, started performing her own songs.

In 2010, she recorded her first successful single “Heaven”, which reached the 2nd spot on the UK Singles Chart and was certified golden. The same year, together with Wiley she wrote and performed “Never Be Your Woman”, which got into the top 10 of the UK Singles Chart.

In 2012, Emeli released her first studio album Our Version of Events. The album was extremely successful. It topped UK Albums Chart, sold over 2 million copies worldwide, and was certified platinum 11 times. The album received a BRIT award for British Album of the Year. A single from that album “Next to Me” became one of the most successful Sande’s song so far.

In 2016, Emeli released her second album Long Live the Angels. The album was just as successful as her first LP. It reached the 2nd spot on the UK Albums Chart. Sande continues to write new songs and performs live.