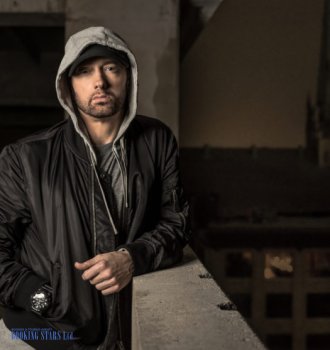 EMINEM is a cult rapper, actor, producer from the US.

Being one of the best-selling artists in the world, Eminem is one of the most significant artists of the 21st century. At the beginning of his career white rapper Marshall Bruce Mathers III collaborated with famous producer and composer Dr.Dre.

Also in 2002, the debut film of Eminem "8 Mile" was released which received "Oscar" award for best soundtrack song «Loose Yourself».

During his musical career, Eminem won thirteen Grammy Awards. In 2008, the Vibe's readers called Eminem "the best rapper in the world."

Eminem is the best choice for your birthday party or any other corporate event! Fill in the application form on our website and enjoy the singer's performance!