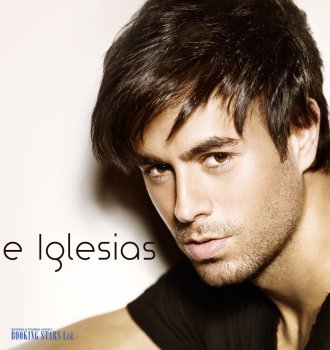 Enrique Iglesias was born May 8, 1975, in Madrid, Spain. He is a famous singer, songwriter, producer, and actor. He holds numerous awards, including 10 Latin Music Awards and 8 American music awards. Iglesias is mostly famous for his hits “Bailamos”, “Rhythm Divine”, and “Hero”.

Enrique Iglesias was born in a successful celebrity family. His father, Julio Iglesias, is a world famous singer and his mother is a successful reporter. Enrique’s parents divorced when he was three years old. In 1985, he moved to the USA to live with his father in Miami.

Enrique attended a prestigious high school, where he had trouble making friends. However, the solitude allowed him to become interested in music. He tried to signed contracts with recording labels in Miami and Madrid but was refused.

In 1994, Enrique dropped out of college and signed a contract with a Mexican recording label. The same year, he released his debut album Enrique Iglesias, which reached the 5th spot on the Spanish Album chart and even managed to get into Billboard 200, where it placed 148th. In the end of the year, he was nominated for an American Music Award.

In 1999, he signed a contract with an American label Interscope and released a new album, Enrique. The album was extremely successful. It topped the Spanish album chart and reached the 33rd spot on Billboard 200. A lead single from that album “Bailamos” became one of Iglesias’ most famous songs. A year later, he went on a world tour and then disappeared from the music scene for 2 years.

In 2003, Enrique recorded a new album 7, which was a failure compared to his previous work. It took him 4 years to come up with a new LP.

In 2007, Iglesias released a new album Insomniac, which was more successful than 7 and brought him back on his feet. The next album Euphoria (2010) topped the Spanish Albums Chart and reached the 10th spot on Billboard 200.

In 2014, Iglesias released Sex and Love, which topped the Spanish chart and got into the top-10 of Billboard 200. Enrique continues to write new songs and tours the world.