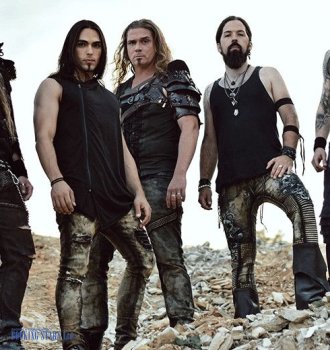 Equilibrium was formed in 2001 in Munich. This German band is famous for its powerful and impressive melodies and deep lyrics. The artists manage to combine different genres, including black metal, Viking metal, and folk metal. In their lyrics, the musicians work around German legends and other myths.

The band’s lineup changed many times. Today, the following musicians are part of the band: vocalist Robs Dan, guitar player and keyboardist Rene Berthiaume, drummer Tuval Refaeli guitar player Dom R. Krey, and a bass guitar player Makki Solvalt. Only one of them, Rene, was part of the original lineup.

The artists managed to become popular very quickly. They appealed to the public with their unique melodic metal and playful elements. The group combined numerous genres, which made their tracks highly successful.

Equilibrium gave its first concert in 2001. Two years later, the band presented a demo album, Demo 2003. With time, they turned it into an LP due to its unexpected popularity. The young band was becoming more and more sucessful. It signed a contract with a label, Black Attakk, and started working on the next album, Turis Fratyr. The most popular songs from the LP were "Wingthors Hammer (Wingthor's Hammer)", "Unter der Eiche (Under the Oak)", "Turis Fratyr", and "Met (Mead)". After the release, many fans wanted to book Equilibrium for private events.

The group gave several big performances at the festivals, Summer Breeze in 2004 and Wacken in 2005. The album, Turis Fratyr, came out in 2005. After the release, three band members left. The rest of the artists signed a new contract with the label, Nuclear Blast.

The group began working on a new album, Sagas. After its release, the lineup changed once again. This time the drummer and the vocalist left. Robert Dahn replaced Helge Stang and became the new frontman of the group. The new LP came out in 2008. It featured highly successful songs, which confirmed the popularity of the band. The tracks combined exotic melodies and intriguing lyrics. The album included such hits as "Wurzelbert", "Blut im Auge", "Unbesiegt", and the instrumental version of "Heiderauche".

In 2010, Equilibrium released the new LP, Rekreatur. It was recorded with the assistance of a new vocalist, Dahn. The new singer made the group even more popular thanks to the color and ambiance he added to the songs. Dahn was a highly talented vocalist.

The same year, the group recorded a music video for the single "Der ewige Sieg". It collected more than 2.5 million views on YouTube. Rekreatur featured such hits as "In heiligen Hallen", "Verbrannte Erde", "Der Wassermann", and "Aus ferner Zeit". It reached the 20th spot on the national German chart.

When crafting their music, the members of Equulibrium tried to combine loud bass, drum beat, and resonance. Thanks to this unique approach, Rekreatur became very successful. After its release, the band went to tour Europe together with two German groups, Ensiferum and Swashbuckle.

In 2014, the band announced a new album, Erdentempel. After its release, two more members left. Soon Dom.R. Krey joined the group. Before Equilibrium, he played with Wolfchant and Nothgard. The new album featured the instrumental versions of such songs as "Ankunft", "Was lange währt", "Wirtshaus Gaudi", and "Stein meiner Ahnen".

Soon after the album’s release, a popular German guitar player of Thai descent, Jen Majura, joined the band. The new lineup embarked on a tour of Europe, with the support of such bands as Trollfest and Nothgard.

The next LP came out in 2016. The musicians called it Armageddon. The album earned positive reviews from the music critics. It featured several songs, which included partial English lyrics. The most popular singles were "Sehnsucht", "Erwachen", "Katharsis", and "Heimat".

In 2019, the artists presented a new LP, Renegades.

How much does it cost to book Equilibrium:
Price inquiry
Equilibrium booking agent:
Contact agent
Equilibrium Contacts:
Send Equilibrium a message
« previous next » 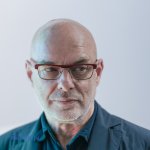