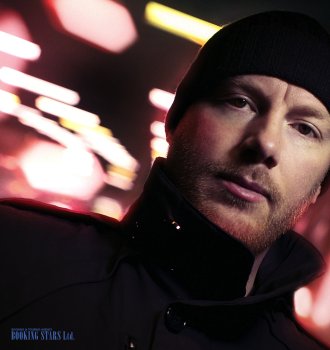 Eric Prydz was born on 19th July 1976, in Sweden. He is a DJ and a record producer, who currently lives in California. Prydz also works under pseudonyms Pryda and Cirez D. He is particularly famous for such hits as “Call on Me”, “Proper Education”, and “Pjanoo”.

Music became Eric’s hobby when he was still a young boy. He started playing the piano when he was still in preschool. The boy convinced his parents to buy him a synth so he can start learning how to make his own music using Depeche Mode style.

In 1994, Eric became a drummer in one of the local electropop band. But soon he quit the group to start working with two of his friend, who had a small studio. The three young men started creating their own music. In order to earn money while recording the music, Prydz worked at local nightclubs as a DJ. Gradually Eric became so interested in DJing that started creating real hits. One of his tracks made its way to EMI Records and Eric’s career as a DJ took off.

In 2004, Eric released a hit single “Call on Me”, which brought him international recognition. The track was based on the 1987 Steve Winwood’s hit “Valerie”. The song got a second life and climbed to high spots of the charts. The track came with a controversial music video, which UK Prime Minister Tony Blaire called indecent.

In 2006, Eric released another big hit “Proper Education”. It was a remix of Pink Floyd’s “Another Brick in The Wall” from the album The Wall. The music video for this track talks about global warming.

In 2008, Eric released one more hit ”Pjanoo”, which immediately became one of the most popular dance tracks of the year. A year later, the song was used as a soundtrack to the games Grand Theft Auto IV: The Ballad of Gay Tony and DJ Hero.

Prydz formed two music label Pryda and Mouseville. He always said he wanted to create his own label in order not to be confined by the limits of other labels. Today Prydz is one of the leading international DJs. He continues to create new music and performs live.