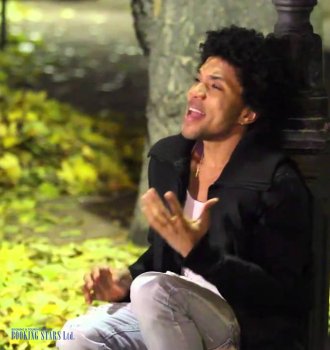 Erick Jon was born on 18 January 1976 in Havana, Cuba. Jon loved music since childhood. When he was just 15 years old, Erick sang at a variety of festivals all over Cuba. He performed on the same stages as such popular artists as Beatrice Marquez, Bobby Carcasses, and Fernando Alvarez. The young man has an unusual voice, which brought him fame very early. He was noticed by several producers and his performances appeared on the radio and TV.

As soon as Erick turned 18, he got an offer to study in Finland, where he received a scholarship. While studying in Helsinki, Erick often visited Cuba, where he continued to perform with different bands. He was a guest singer in several salsa bands and performed with such popular Finnish artists as Mariska and Maarit Hurmerinta. He also recorded an album with Nuspirit Helsinki. At the same time, Erick participated in several music festivals, which were arranged in Finland at the time.

In 2005, Erick auditioned for the talent show Popstars 2 (Finnish version of the British Idols). He got in but didn’t make it to the finals. Even though Jon didn’t win the contest, he got a lot of media attention due to his unusual voice and a great smile. He signed a deal with Mwamba Records. Jon worked with a professional musician Miikka Kari. His first single "ShekeSheke" stayed in the top-5 of the Cuban charts for three weeks in a row. The same year, Jon released his first album Wild and Free, which contained a mix of RnB and jazz along with American and Italian music patterns.

In 2008, Erick graduated from Pop & Jazz Conservatory of Helsinki.

In 2009, he performed with the band Ketama in Spain and visited Cuba to participate in the Cubadisco Festival. A little later, he landed a role in the musical When The Night Falls and sang at the concert dedicated to the Cuban ambassadors in Finland. Jon also appeared on several Finnish TV shows.

In 2010, Erick released the EP Decisiones. He worked hard on promoting the disc by appearing on different TV shows and radio stations. For example, in 2011, he was invited to judge a talent show. It was hard to book Erick Jon for any event since he was nearly always on the road.

In 2011, Erick participated in the anniversary concert of the FUNKY AMIGOS festival, sang at the Kalliola Rock Festival, and attended Kallio block party. The same year, he worked with Sam Huber and Eternal Erection band.

Between 2012 and 2015, Erick was on a break. Instead of traveling the world, he started working with his band on a new sound. Jon used to focus on pop and jazz. After the break, he decided to mix jazz and Cuban music.

In 2016, he recorded a single “Te Extrano”, which was written by the composer Armando Manzanero. The song brought him an Akademia Music Award for Best Latin Song

Erick has a very busy life and he is working hard to stay on top of his game. In 2018, he is planning to attend Copenhagen Jazz Festival and write a few new song.