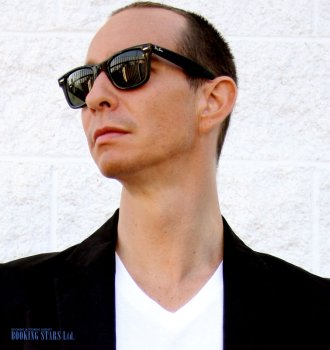 Erik Rubin Milanszenko was born on 30 January 1971 in Puebla, Mexico. Erik fell in love with music when he was just a child and made a decision to live with his aunt Amparo Rubin, who was a famous composer, in Mexico City.

When Erik was 12 years old, he was offered to become a member of a famous Mexican rock group Timbiriche. Together with the band, Erik released 10 albums. The collaboration with Timbiriche allowed Erik to jump-start his music career. He worked with the band from 1983 until 1991. Together they released such famous hits as “Magico amor” and “Amame hasta con los dientes.” After the release of Timbiriche X, Erik decided to leave the band to pursue a solo career. Seven years later he reunited with his old colleagues to go on a Mexican tour. The band broke a record by performing at 22 concerts without taking a break.

In 1993, Erik released his debut album La Casa del amor. The single from the LP “Cuando mueres por alguien” made Rubin very popular in Mexico. The LP was certified golden for selling more than 150,000 copies. The songs from the LP made it to the Mexican radio stations.

Two years later, Rubin recorded his second album called Sueño de Fantasía. Among other songs, “Fuego en la oscuridad” and “Crazy” made it to the list of hits. Erik wrote practically all the lyrics himself.

In 1997, Rubin released his third LP Frecuencia Continental, which included such hits as “Tu”, “Atrapar tu Alma” and “Ondas Radioactivas”. Erik was both the producer and the composer for the album. It didn’t become as popular as his previous work.

In 2002, Erik released a new album Quadrasónico. The most popular songs from the LP were “Dame Amor” and “Contigo”. Both singles reached high spots on the charts and were certified gold. The singer’s popularity reached new heights. Many clubs tried to book Erik Rubin for their event but it was rather tough.

In 2004, Rubin released his next album, Erik. The songs Déjame” and “Malas intenciones” became a part of the soundtrack for the popular Mexican telenovela Rebelde (The Rebels).

In 2009, Erik recorded his most famous album to date Aquí y Ahora (Here and Now). The first single from the album “No Para De Llover” reached the second spot on Mexican radio stations. The second single “Vuela Conmigo” made it to the 10th spot of Mexican Singles Chart. The third single “Tu Voz” was a big hit. The LP received a golden certification. A year later, Erik released an extended version of the LP Aqui y Now Deluxe, which included CD and DVD.

It should be noted that Rubin often participated in such charity concerts as Un corazón musical para Haití, created for victims of the Haiti earthquake. He also performed the Mexican anthem at the international boxing match in Los Angeles.

Erik Rubin is working on his acting career. He landed several roles in such Mexican soap operas as Lazos de Amor и Rebelde. Rubin also performs at the live theater. He received a Premios Heraldos award for his role as Judas in the Mexican version of the rock opera Jesus Christ Superstar. 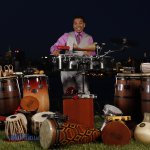