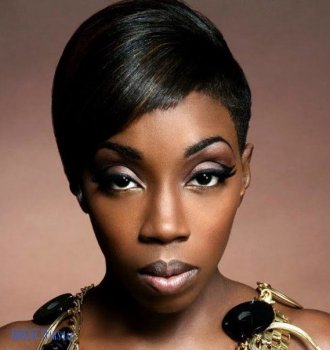 Estelle Fanta Swaray is a singer and a songwriter. She was born in London on 18 January 1980. In the music world, fans know Swaray as simply Estelle. Her mother is from Senegal. Her dad is from Grenada. The singer has eight siblings.

Estelle grew up in a very religious family. Her parents were against popular music so Estelle was mostly listening to the gospel. However, when she was away from home, the girl managed to find ways to discover other genres. Her uncle introduced her to hip-hop. Swaray fell in love with it immediately. Even though her parents didn’t like the hobby, they couldn’t do anything about it.

When Estelle turned 20, she decided to devote herself to a music career. She got a job at London record store, Deal Real. Her coworkers heard the young woman sing and pushed her to perform on stage. Sometime later, Estelle found an opportunity to perform at different clubs together with such singers as Manuva and Rodney P.

In 2000, DJ Skitz invited Estelle as a guest artist for his album. Later, the singer got a chance to work with such artists as Blak Rwang and The 57th Dynasty. The singer’s career took a substantial step forward when Estelle met Kanye West in one of the LA restaurants. The young woman came up to the singer and asked him to introduce her to the famous artist and producer John Legend. Eventually, Legend produced a couple of Estelle’s songs from her debut album.

The first LP, The 18th Day, came out in October 2004 in the UK. The leading single was “1980”. It managed to reach the 14th spot of the British pop chart. A few years later, John Legend declared that Estelle will become the first artist to work with his new label, Homeschool, Four years after the release of her debut LP, Estelle presented a new album, Shine. It was recorded in the United States. The lead single “American Boy” was created with the assistance of Kanye West. The song became an international hit and entered top-10 of the charts of such countries as the United States, Canada, Australia, Ireland, and Turkey. Many fans wanted to book Estelle for private events.

Shine climbed to the 6th spot on the British chart. The single “American Boy” became platinum. Besides Kanye West, the singer invited other artists to record the album. Among them were Will.i.am, Swizz Beatz, Wyclef Jean, Mark Ronson, and Jack Splash. Together with Busta Rhymes, Estelle recorded a single "World Go Round" for his LP Back on My BS.

In 2009, the artist began working on her next album, All of Me. The lead single was supposed to be called “Freak”, recorded with Kardinal Offishall and produced by David Guetta. The second single “Fall In Love” was expected to be recorded with Nas and John Legend. However, neither song made it into the album due to supposedly low quality.

In 2013, the British singer said that she is planning to create her own independent label. New London Records. The next year, she gave a concert at Amber Lounge during Formula -1 in Singapore. The second single, "Make Her Say (Beat It Up)", from the new album, True Romance came out in spring. The second single “Conqueror” appeared in June 2014. The album itself was finally released in 2015. It reached the 31st spot on Billboard’s Hip-Hop Album Chart.

In May 2015, Estelle performed at New Orleans Jazz & Heritage Festival. The same year she appeared in the Fox TV series “Empire”. Together with Jussie Smollett, she performed the duet version of "Conqueror".

In the summer of 2017, Estelle announced her plans for a new album, which was due out at the end of the year. However, Lovers Rock came out much later, in September 2018. Its lead single was "Better". The album also featured such hits as "So Easy", "Really Want", "Sweetly", and "Lights Out". It reached the third position in Billboard’s Reggae Chart. 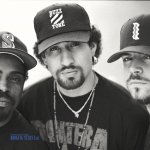 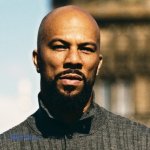