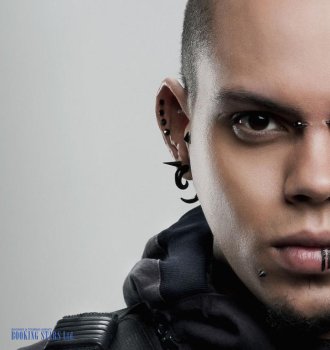 Evan Ross (real name Evan Olav Næss) was born 26 August 1988 in Greenwich, Connecticut. His mother is a famous artist, Diana Ross. Two of his sisters became actresses and another one is a singer. So Evan’s destiny was more or less predetermined. Instead of making up a pseudonym, Evan used his mother’s last name.

Evan was working on TV when he was still in high school. His big screen debut was the role of Ant, the younger brother of the leading character in the crime drama ATL, which came out in the spring of 2006. The movie earned great reviews from the critics and received several awards and nominations. Ross’ debut was marked highly successful.

A year later, Ross received the role of Reggie in the drama Pride. He also portrayed the character Amare in the TV film Life Support, in which he played alongside Queen Latifah. The role brought him great reviews from the movie critics and a nomination for NAACP Image Award as "Outstanding Actor in a Television Movie, Mini-Series or Dramatic Special".

In 2008, the drama Gardens of the Night premiered. Evan played the small role of Donnie. The movie won prizes at several international film festivals. In the thriller Linewatch, Ross had one of the leading roles. The same year, in the TV series Girlfriends, in which Ross’ sister had the leading role, Evan portrayed Marco, which was a small part.

In 2010, Ross landed a role in the sequel of 90210. He portrayed Charlie Selby, who was the object of Annie Wilson’s affection. Evan appeared in nine episodes of the series. The same year, the actor had the starring part in the movie Case 219. He also performed in the independent movie about a Muslim African American family after 9-11, Mooz-lum. The movie earned a variety of awards at film festivals. The critics approved Ross’s work. He was nominated for Black Reel Award as "Best Actor".

In 2011, Evan tried himself as a musician and released a single “Yes Me”. He also worked on the movie The Family Tree, which wasn’t commercially successful. However, the leading role in the thriller 96 Minutes, where Evans played together with Brittany Show, brought him an award at SXSW Film Festival for "Breakthrough Performance".

In 2013, in the TV biographical film CrazySexyCool: The TLC Story about TLC band, Evan had the role of the music producer Dallas Austin.

In 2014, Ross worked on five movies. The international fame finally came to the actor for the role of Messalla in the adventure film The Hunger Games: Mockingjay — Part 1. Fans started inviting Evan Ross to their private events, but he rarely attended due to a busy filming schedule. That year was highly important for Evan. He married Ashlee Simpson. They had a daughter a year later.

In 2015, the second part of The Hunger Games: Mockingjay premiered. Ross continued getting great reviews for his role of Messalla.

In 2018, Ross’ fans are awaiting the movie Buckout Road, where he plays Aaron Powell. At the same time, Evan is working on the movie HeadShop.