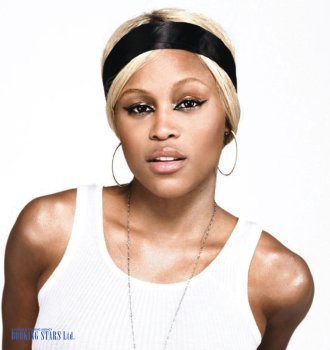 Eve’s full name is Eve Jihan Jeffers-Cooper. The future rap star was born on 10 November 1978 in Pennsylvania. Her mother was a publishing house supervisor and her dad worked at a chemical plant. When she was in high school, Eve became very interested in music. She sang in the school choir and joined a teenage band Dope Girl Posse (which was also known as DGP).

The girl group hired a manager. They recorded covers of the songs of such famous bands as Color Me Badd and En Vogue. Then the manager decided to change the band’s format and renamed it ABC. The group was supposed to perform rap. However, they disbanded shortly after. Eve decided to pursue a solo career. She came up with an impressive pseudonym, Eve of Destruction, which later was shortened to Eve.

All these changes in Eve’s life were happening while she was trying to finish high school. As a result, the young singer barely graduated. However, she gained valuable experience in the music industry.

In the late 90’s, Eve’s mother remarried and moved to New York. Eve followed. In Bronx, she found a life-changing job in one of the local strip clubs. In that club, she met a famous rapper Mase, who convinced the young singer to try hip-hop.

Eve’s first rapping experience came in 1999 when she worked with Erykah Badu and The Roots to record the song, “Things Fall Apart“. She also performed as a back vocalist during the recording of “Ain’t Sayin' Nothin' New“. Eve’s name appeared on the disc’s cover. She continued using her initial pseudonym, Eve of Destruction.

At about the same time, the rising star started working with Dr. Dre’s label Aftermath Entertainment. However, the collaboration didn’t last for a long time. She left two years later and immediately recorded the debut LP, Let There Be Eve…Ruff Ryders' First Lady. The album sold 213,000 in the first week of sales. It featured such songs as "Gotta Man", "Philly Cheese Steak (skit)", "Stuck Up", "Ain't Got No Dough" and "Scenario 2000." Many tracks were recorded together with Drag-On, Mashonda, Beanie Sigel, Faith Evans, and Missy Elliott.

In 2001, Eve recorded a new LP, Scorpion. It conquered the listeners with its variety of rhythms and thoughtful lyrics. The LP climbed to the fourth spot of Billboard 200. One of Eve’s most famous songs “Let Me Blow Ya Mind”, recorded with Gwen Stefani appeared in the album. Back then, many fans wanted to book Eve for their events.

A year later, the singer released her third solo LP, Eve-Olution. It sold 133,000 copies in the first week. The album featured such popular songs as "Gangsta Lovin'", "Irresistible Chick", "Let This Go", "Figure You Out", and "Neckbones." Some songs were recorded together with such celebrities as Snoop Dogg and Alicia Keys.

A busy filming schedule led to a pause in the singer’s career. Her next LP, Lip Lock, came out in 2013. The most famous song featured in the album was “All Night”. The LP’s chart positions were low compared to Eve’s previous work.

In 2014, Eve married a British businessman Maximillion Cooper, whom she had been dating for four years.

Between 2015 and 2018, Eve has been working on her acting career. Today she is writing lyrics for new hits.