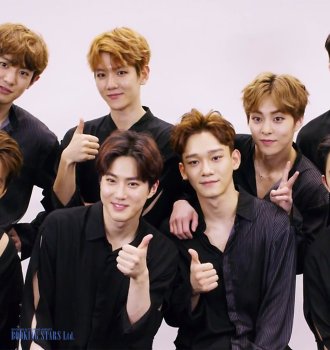 In 2012, with SM Entertainment’s assistance, the group released its debut EP, Mama. The success of the first album was overwhelming. It climbed to the top of South Korea Gaon Weekly Albums Chart and came in 8th on Billboard’s World Albums Chart. The Chinese version of the album settled on the second spot of Sina Album Chart (China) but didn’t make it to the US charts. Soon after the release, many fans tried to book Exo for private events, but their schedule was tight.

The same year, the group released its second EP, Miracles in December. It topped the South Korean national chart and came in second in China.

In 2016, Exo recorded Ex'Act (Lotto for China). The album topped South Korean Albums, came in 8th on Japanese Albums Chart and reached the 2nd spot of the Billboard World Albums Chart. The same year, the artists recorded a new EP, For Life. It also climbed to high spots on South Korean, Japanese, Chinese, and American charts.

In 2017, the artists presented a new EP, Universe. It topped South Korean Albums and Japanese Western Albums Charts and came in second on US World Albums Chart. The next LP, The War, came out in July. Two months later, its Chinese version The War: The Power of Music appeared. The albums reached high spots on the charts and sold over 1.5 million copies. The same year, the musicians presented a new live album, EXO PLANET No. 3 - The EXO'rDIUM.

Exo began the next year with a new LP for the Japanese fans called Countdown. It topped Japanese Albums Chart and came in fourth on Billboard’s World Albums Chart.

In November 2018, the group released Don't Mess Up My Tempo. It topped the Korean chart and reached high spots on European and American charts. Its Chinese version is yet to be released.

The group has achieved immense popularity in both Korea and abroad. They continue recording new songs and performing live.