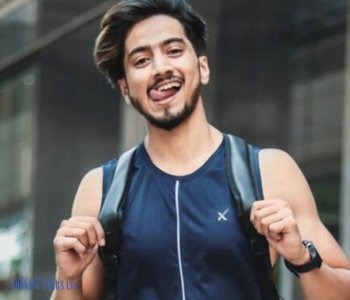 The Mumbai native first started posting videos to YouTube with his friends and later joined TikTok, where he quickly became one of the most-followed Indian personalities.

Faisal Shaikh was born on October 5, 1994 in Mumbai, India. Faisal lives with his parents and sisters in Mumbai.

Faisal graduated from IES New England School in Mumbai and later joined the Rizvi College of Arts, Science and Commerce in Mumbai.

The group uploaded their first YouTube video in 2018. Soon after, Faisal downloaded TikTok and started posting videos to the app. Faisal is known for his fashion videos, his lip sync videos and his acting videos on the platform.

Since joining, Faisal regularly uploads 13 to 14 videos to TikTok each day. He is one of the most-followed Indian TikTok stars.

In addition to posting his own videos, Faisal will upload collaborations with other artists, including fellow TikTok stars Avneet Kaur, RIyaz Aly, Jannat Zubair Rahmani and Awez Dardar.

The group received widespread criticism for creating hatred and bitterness. Later, several groups, including the Shiv Sena activist, filed a First Information Report, or FIR, against them. Following this controversy, three members of the 07 team had their TikTok accounts suspended for violating community guidelines. The team later published statements on their Instagram accounts apologizing.

In May 2020, there were rumors that Faisal called up a YouTube star and threatened him. However, Faisal wrote a long statement on Instagram saying the people who started these rumors were trying to malign his name and he never placed any such calls, nor did he ask anyone to place those calls on his behalf.