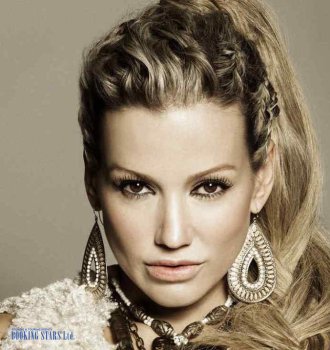 Fanny Lu was born on February 8, 1973, in a Columbian city Santiago De Cali. Unlike other popular artists, who started playing musical instruments in writing songs when they were very young, Fanny didn’t even think about a singing career. She studied in a French high school and then moved back to Latin America to enroll in the University of the Andes. Surprisingly enough, her major didn’t have anything to do with music. She earned a bachelor’s degree in industrial engineering.

In 1994, Fanny got her first chance to show her artistic talents when she was invited to a Columbian TV show called Locomotora. The show allowed Fanny to start an acting career. Lu managed to work as a producer, actress, radio host, and even lend her voice to a few cartoon characters. Even though Fanny loved music since childhood, her music career started when she was already older than 30.

In 2005, Lu signed a contracted with Universal Music Latino and started working on her first album Lagrimas Calidas. The LP was produced by Andres Munera and Jose Gaviria. These producers also worked with such celebrities as Olga Tanon, Carlos Santana, David Bisbal, Diego Torres, and Cristian Castro.

One of the singles from Lagrimas Calidas was “No Te Pido Flores.” To date, it’s the most famous Fanny’s song. The single conquered Billboard Latin charts and brought Lu international recognition. It was the main theme of a popular Columbian soap opera Amores Cruzados (Crossed Hearts). The single stayed on top of the most popular Columbian radio stations’ music lists for more than 5 weeks. The song was also popular in Peru, Venezuela, and Ecuador.

In 2006, the single brought Lu several awards. The song was downloaded 30,000 times to become a cell phone ringtone. The unbelievable success of the album turned Fanny into a real star. She went on a small USA tour, during which she visited New York, Los Angeles, and Washington, where she sang at the White House as part of the Columbian Independence Day festivities. Back then, many clubs and venues tried to book Fanny Lu for a variety of events but it was rather problematic due to the singer’s busy schedule.

In 2008, Fanny recorded her fifth studio album Dos. Even though it wasn’t as successful as the previous one, the LP entered popular charts, topped the Columbian Albums chart, and was certified golden. The single from the album “Tu No Eres Para Me” became an international hit.

In 2011, Fanny released her last album to date Felicidad y Perpetua. It didn’t become very popular but still managed to make it into the charts.

In 2015, Fanny recorded a single “El Perfume”, which made it into Billboard Latin chart. Lu was nominated for Premios Nuestra Tierra award four times. She is actively working on her acting career and making TV appearances. 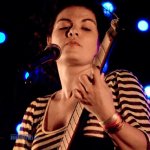 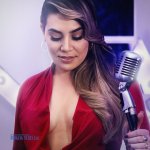 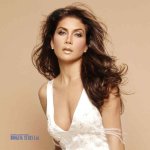 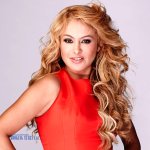