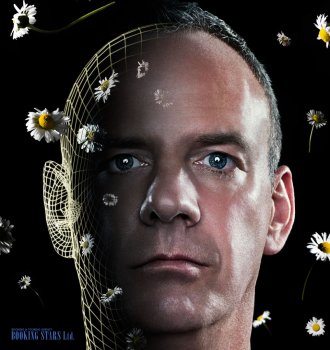 Fatboy Slim was born on July 31, 1963, in England. He is DJ, record producer, remixer, and musician. Slim holds numerous awards, including two Brit Awards. He is particularly famous for such hits as “The Rockafeller Skank”, “Praise You”, and “Eat, Sleep, Rave, and Repeat”.

Fatboy Slim (real name Quentin Leo Cook, also known as Norman Cook) started his career as a musician in the 1980’s. Back then, he performed with a guitar group Housemartins, where he was a bass guitarist. The band didn’t stay together for a long time. However, the two albums they released sold a sufficient number of copies and were appreciated by the critics. Their music style was the melodic guitar pop. They wrote smart and ironic lyrics. Back then, they were compared to U2 and New Order. After recording two hits simultaneously “Happy Hour” and “Caravan of Love”, Housemartins disbanded in 1988 and Norman Cook started a solo career. His first project was called Beats International.

In 1991, Cook came up with a new project. An acid jazz band Freakpower was created by Cook from scratch. He made it his goal to start over every time he began a new project. Norman called Freakpower “Simply Red under acid”. The band released a commercially successful single “Turn On, Tune In, Cop Out”, which reached the 2nd spot on the charts. When the project was put on hiatus, Norman worked under different pseudonyms including Pizzaman and Mighty Dub Katz.

In 1996, Cook released a solo album Better Living Through Chemistry. The name of the LP was taken from the 1950’s commercial of valium used for hyperactive kids. The album was recorded with the legendary Chemical Brothers. The LP became a hymn of the new generation. It included such styles as funk, soul, techno, and jazz.

In 1998, Norman release the LP You’ve come a Long Way Baby. The songs from that album entered all the popular charts and stayed there for a whole year. Singles like “Right Here, Right Now” and “The Rockafeller Skank” conquered the planet.

In 2002, two people died at Norman’s concert as a result of an accident in Brighton and the police forbade him to perform until 2006. In 2006, Norman returned to Brighton and his concert was sold out in a flash. Slim released 5 studio albums and 28 singles to date. He continues to record new music and performs live.