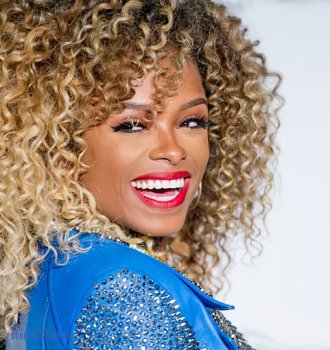 Fleur East was born in London on 29 October 1987. Her father is British while her mom was born in Ghana. Fleur has a twin sister Keshia, who is a successful makeup artist.

Fleur attended a Catholic high school in Walthamstow. She loved music since childhood and performed at many school concerts. When East was young, she had to deal with jokes about her skin color. In her neighborhood, the girl faced crime, theft, and drug abuse. Since then, Fleur made up a strong position about violence.

After graduating high school, Fleur enrolled in London University. While studying journalism and contemporary history, the young woman continued practicing her music skills. Together with three friends, she formed a band Addictiv Ladies, which managed to come in fourth on London Battle of the Boroughs. It seemed to be a big success for the new group, and girls decided to try their luck on X Factor in 2005. Unfortunately, they were dropped during the first week of the show and came in 12th. The quartet still believes it was judged unfairly. Even though the band fell apart soon after, Fleur continued her music career, writing new songs and attending music shows.

In 2011, the young artist was noticed by DJ Fresh, who invited her to sing at his BBC Radio 1 program Live Lounge. Fleur gave an impressive performance.

In 2012, as part of DJ Fresh’s team, East attended such festivals as T4 on the Beach, V Festival, and iTunes Festival. The same year, she recorded a track “Turn It Up”, which was featured in DJ Fresh’s album, Nextlevelism. Soon East signed a contract with Strictly Rhythm label and recorded two singles “Broken Mirror” and “Turn the Lights On”.

In 2013, Fleur together with Drumsound & Bassline Smith recorded a single “One in a Million”, which reached the 14th spot on UK Dance Chart. In December, she presented a debut EP, She. The year was tough for the aspiring celebrity. She had financial troubles and had to work as a waiter in a nightclub. In one of the later interviews, Fleur said that she even wanted to end the music career at the time, but her friends convinced her not to do it and turned out to be right.

In 2014, Fleur auditioned for X-Factor for the second time. However, this time she performed solo. The singer did such a good job during the 10 weeks of the show that she was awarded the second place. According to one of the reporters from The Guardian, Fleur East conquered the hearts of the audience with a breathtaking 3-minute show. Her song “Uptown Funk” reached top spots of the British Charts, which never happened to any of the show’s contestants before.

In January 2015, East signed a contract with Simon Cowell’s Syco Music and began working on her first LP. The young woman had to go back and forth from LA to London. While recording the album, she collaborated with Wayne Hector, TMS, Fraser T Smith, and other artists. The songs were filled with funk energy, hip-hop, and soul.

In December 2015, the debut LP, Love, Sax and Flashbacks, was ready. In the first week after the release, it reached the 14th spot of the UK Albums Chart and came in 10th on UK Digital Albums Chart. The album earned many positive reviews from the critics. Even though some of them noted a certain lack of thought in the lyrics. Nevertheless, after the release, many organizers tried to book Fleur East for private events.

The leading track of the debut LP was “Sax”, which came out as a single before the album’s debut back in November. It reached the 3rd spot on the UK Singles Chart.

In February 2016, East recorded one more hit single “More and More”. The same year, she signed a contract with Columbia Records. In 2017, the artist broke off her deal with Syco Music, saying that the contract with that label was limiting her creativity.

In November 2018, Fleur participated in the survival show I'm a Celebrity... Get Me Out of Here! After three tough weeks on the show, she came in fourth.

In January 2019, the singer released a new single “Favorite Thing”, the music video for which is collecting hundred thousands of views on YouTube

Fleur is not being too open about her personal life. However, the fans know that she is currently dating a French handbag designer.