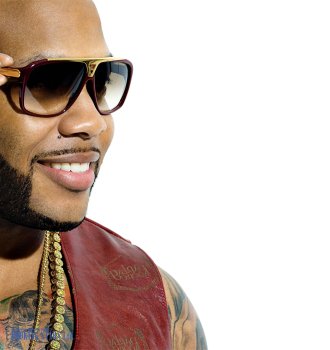 Flo Rida is an American rapper, a brilliant representative of the hip-hop and r'n'b genres.

The most famous single of a singer "Low" was recorded with his peers Nelly and T-Pain.This hit headed all charts, taking the first place in the Billboard Hot 100, and in 2008 was recognized as the best-selling single in the US.In early 2009, Flo Rida is back on the first places of the charts with their own version of the famous song "Right Round".

Flo Rida is an American rapper, songwriter and performer. The singer gained his first popularity thanks to the sensational composition Low. The music albums released by him have repeatedly been at the top of the world charts, so the records of Flow Rides are among the best-selling products of the profile market.

The real name of the artist is Tramar Dillard. The boy was born on September 16, 1979 in Opa Locka, in the US state of Florida. He turned out to be the only son in a family with 8 children.

The young man spent his childhood in Carol City, where his creative biography as an artist began. As a teenager, he was a fan of the 2 Live Crew, with whom the guy's uncle worked and traveled with the group on tour more than once. Tramar later formed his own band, Groundhoggz. Career development did not go fast. It was difficult for the rapper to find a producer, since he had other plans besides music. This did not prevent like-minded people from holding out together for 8 years.

After graduating from high school in 1998, Tramar received his graduate degree in international business at the University of Las Vegas. But after a couple of months, the ambassador of admission to an educational institution, he took the documents. For some time, the guy studied at Barry University in Miami. True, the craving for music took its toll, and the future artist refused to attend classes. Tramar returned home to Florida. Continuing to engage in creativity, the guy collaborated with DJs.

In 2016, Tremar became a father. Alexis Adams gave birth to a son named Zohar from him. True, the singer did not recognize the new status and abandoned the child, stating that he had offered the girl an abortion. The legal proceedings that arose over the child support claim required a DNA test. The examination confirmed that Flo Rida is a relative of the baby.

The situation was complicated by the fact that the Zohar had a congenital disease, hydrocephalus. This is an ailment in which cerebrospinal fluid accumulates in the cavities of the brain. Deviation leads to an increase in the size of the head, frequent pain, nausea and vision problems. Refusing to help his son morally, the rapper supported the child financially by paying for medical expenses. True, he did this not always on time and to a lesser extent than the court regulated.

For the artist, this need for recognition of paternity was not the first. Earlier, in 2014, his ex-girlfriend claimed that she became the mother of his son. Flo Raida does not maintain contact with women who have had romantic relationships with him and does not plan to communicate with his sons. Being in adulthood, the performer does not yet think about children and a full-fledged family.

The artist tries to keep the press out of his personal life, but to promote creativity and for the pleasure of fans, he maintains a verified account on Instagram. Profile photos are not published often, but they regularly collect thousands of likes.

In 2001, Flo Ryda became the promoter of 2 Live Crew's Fresh Kid Ice, but soon decided to go solo. By that time, he already had connections in the music industry. Luck smiled at the artist in 2006 when he started a collaboration with Poe Boy Entertainment.

In October 2007, the rapper made his debut. He released the track Low, which exploded the world charts. The song became the soundtrack to the motion picture Step Up 2: The Streets. The hit turned out to be the best-selling digital single of 2008, and the song reached number 23 on the Billboard chart.

The rapper's first solo album, Mail on Sunday, was released in March 2008. The following year, the artist's discography was replenished with the album Right Round. He also became very popular with the public. It is curious that the disc was co-authored by Bruno Mars, who at that time was just going to the top of demand.

The abbreviation that became the name of the artist's new album, R.O.O.T.S., stands for The roots of overcoming the struggle. Among the artists who participated in the recording of the disc were: Akon, Nelly Furtado and Neo.

Only One Flo (part 1) made the rapper reconsider his views on music. He began to give preference to pop direction and dance melodies. In 2011, the artist released several singles at once, Good Feeling, Something's Got a Hold On Me and the famous Whistle. The latter was known in Russia and abroad. During this period, the performer has already collaborated with famous European and American DJs. Among them was David Guetta. In 2012, the disc Wild Ones was released, but the public did not appreciate it.

In 2015, Flow Ryda released an album that was more favorably received by the audience. The artist began to record joint tracks with other stars of the scene. In 2015, he released a single with Sam Martin. Then he collaborated with Jason Derulo, Ariana, Liz Elias and others.

Flo Rida is not only focused on creativity. He is also interested in business. Therefore, in 2020-2021, the rapper plans to open a distillery on a separate plot of land in South Florida. 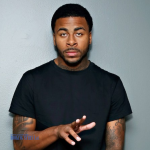