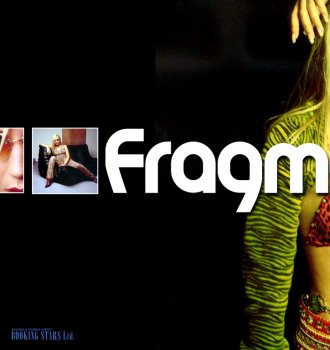 Fragma (also called Fragma Project) is a team of three European producers Dirk Duderstadt, Marco Duderstadt, Ramon Zenkar and a Cologne vocalist Damae. The German dance project was created in 1998 and managed to conquer the world with such hits as “Toca Me”, “Every Time You Need Me”, and “You Are Alive.” Their main styles were trance and vocal trance.

Their first single “Toca Me” was released in 1999 and got into the UK and European charts. They followed with “Toca’s Miracle” that became an international hit and turned platinum. In 2001, the group released “Every Time You Need Me”. The song got into top-10 in the European charts and turned gold. The first three singles were released with different vocalists, Eva Martinez, Coco, and Maria Rubia. Then in the late 2001, the band started working with Damae, who was the leading vocalist for 12 years to come.

In 2001, Dirk and Marco established their own studio Evergreen-Terrace, where they recorded Fragma’s second album “ Embrace”. Unfortunately for the group, it wasn’t as successful as “Toca” which they released a year earlier. Fragma continued with recording singles and didn’t work on any more albums for the rest of their career.

Since 2002, Fragma keeps releasing at least one single a year. Their work with Damae ended in 2012. The group went on a three-year break, which ended in 2015 with the release of Twoloud Remix of “Toca Me” under Tiger Records with Eva Martinez as the vocalist. In 2016, the group announced that they are now performing with a new vocalist Deborah and plan to work on various projects.

Even though Fragma released just two albums and only a few hits, they are known all over the world. As the vocalists changed, the Duderstadt brothers continued creating songs and offering new hits to the public.

You can book a star right now on our website!