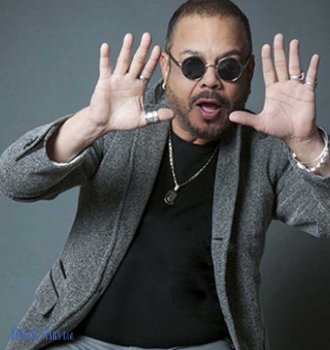 Francisco Cespedes (full name Francisco Fabián Céspedes Rodríguez) was born on 28 February 1957 in Santa Clara in Cuba. In 1993, he moved to Mexico and became a naturalized citizen. The singer has another pseudonym, Pancho Cespedes.

Cespedes wanted to become a doctor. He was getting a medical education at a university in Havana. However, when he got a chance to become a musician, the young man readily exchanged stethoscope for a microphone. For several years, Francisco performed with different Cuban groups. At one time, he played with Pucho Lopez’s group. Together they toured Spain in the early 1990’s. Cespedes worked out his own style, which was a mix of bolero and jazz. Soon he moved to Mexico and decided to pursue a solo career.

In 1993, a popular Mexican singer Luis Miguel included one of Cespedes’ songs “Pensar En Ti” in his LP Aries. In 1996, Miguel made another one of Francisco’s songs “Que Tu Te Vas” a part of his album Nada Es Igual. This helped Cespedes gain some weight in the music industry.

In 1997, Cespedes represented Mexico at the Festival de Viña del Mar. He sang the song  “Hablo De Ti”, which he wrote back in Cuba, and came in second. The success allowed Cespedes to start thinking about signing a contract with a record label.

In 1998, Cespedes recorded his debut album Vida Loca. He invested all his love for music and extensive experience in the album and hit the jackpot. The LP became very popular not just in Mexico, but in USA, Spain, Chile, and Peru. After the album’s release, Cespedes went on a tour to Latin American and Spain. The LP was certified platinum 5 times in Spain and received three Premios Amigo Awards. The song “Nadie Como Tu,” which he performed together with a famous band Presuntos Implicados, became a big hit.

In 1999, Francisco recorded a new album ¿Dónde Está la Vida? The LP was certified platinum in Mexico and brought Cespedes international recognition. The artist was enjoying the popularity. Many organizers tried to book Francisco Cespedes for their events but it was becoming harder every day. He was busy giving concerts and recording albums.

In 2005, Francisco recorded another LP Autorretrato, which included a famous single “Besame Mucho.”

In 2009, Cespedes released Te Acuerdas. The album was recorded together with Gonzalo Rubalcaba and Ignacio Berroa. The same year, the singer lent his voice to the animated Disney movie character Louis from Princess and The Frog.

The last LP to date Todavia (2015) was popular in Mexico. Francisco continues to work on new songs and give concerts all over the world.