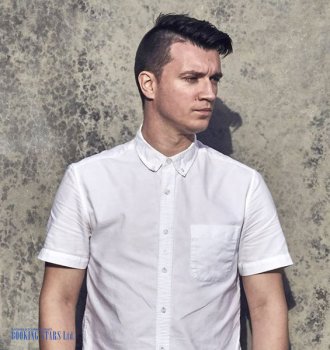 Vincent James Turner, better known as Frankmusik, was born on 9 October 1985 in London. Today, he is mostly famous as a singer. However, Turner is also a producer and a remixing artist.

Vincent attended a boarding school in West Sussex. After finishing it, he enrolled at London’s College Of Fashion. However, the young man never graduated. He decided that music was more important for him than studies.

In 2004, Turner started beatboxing. He performed under the pseudonym, Mr Mouth. Three years later, Vincent recorded his first EP, Frankisum and adopted a new pseudonym, Frankmusik, which stayed with the artist for many years.

In 2008, Frankmusik released a remix for the single “Did You Wrong”, which initially was recorded by the British band, The Clik Clik. The remix got the artist on the list of new talents at Sound of 2009 on BBC. The singer continued working on his own songs while making remixes of the tracks recorded by famous artists. The same year, Vincent signed a contract with Island Records and debuted with the LP, Complete Me.

The first radio station to play Frankmusik’s songs from the debut LP was Gaydar Radio. Then the singer got support from Radio Jackie. Eventually, the debut album climbed to the 13th position of the UK Albums Chart. It also came in 88th on the Irish chart.

In 2008 and 2009, Frankmusik performed as an opening act for the band Keane when it was touring the UK as part of its Perfect Symmetry Tour. Then he was invited to the music event, National Student Pride, at the Digital club. Soon Vincent embarked on a world tour, Pandemonium, with Pet Shop Boys.

To support his debut album, Complete Me, the singer arranged a short tour of the UK. In 2010, Far East Movement invited Turner to help it record a single “Fighting for Air” for its album, Free Wired. The LP climbed to the 24th spot of Billboard 200. Many organizers tried to book Frankmusik for private events, but he rarely agreed due to a busy concert schedule.

In 2011, Frankmusik began working on his next LP, Do It in the AM, which came out in just a few months. The album climbed to the 178th spot of the UK Albums Chart. After the release, Vincent left Island Records and told his fans about it on Twitter.

In 2012, in one of the interviews to the online magazine, Flop of the Pops, the singer mentioned his desire to change the pseudonym to Vincent Did It. However, it never happened. The same year, on his official SoundCloud page, Vincent uploaded two acoustic demos, "I'll Know" and "This Is Who I Am".

In October, the artist released a single, "Fast as I Can", which was expected to become the lead track for his next LP, You Are Here. The release was planned for 2013 but later canceled. Frankmusik said that he decided to change his approach to music.

Instead of the LP, the singer released an EP, Far+from+Over, which featured four tracks available for free downloading at the musician’s official website. The same year, the artist presented a new LP, Between, which became commercially successful.

In 2014, Frankmusik began recording a new LP, By Nicole, which eventually came out in April. The lead single was “Dear Nicole”. The music video appeared on YouTube and collected several thousand views.

In March 2015, the singer reported his plans for a new album on Twitter. He was planning to call it, Not Right Now. The lead single “This” appeared shortly. However, the album eventually came out under a different name, For You. It featured such popular songs as "Awake", "Love Again", "Sometimes", and "Ground".

Frankmusik often worked with the singer, RuPaul. In 2015, they worked on the single “Die Tomorrow” for RuPaul’s album Realness.

In 2016, Frankmusik recorded an EP with eight tracks called, Day Break. Five hundred copies were released. The singer signed a hundred of them personally.

In 2017, the artist presented two EPs. SS17 came out in the summer and featured six songs. The other one, AW17, appeared in the fall. 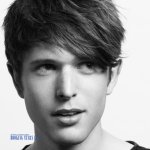 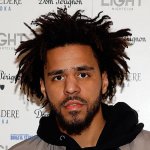