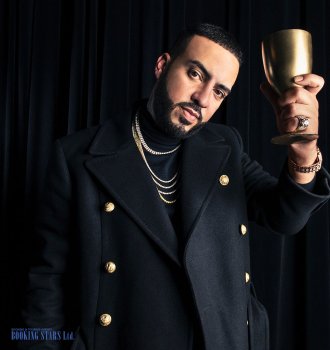 French Montana (real name Karim Kharbouch) was born on 9 November 1984 in Morocco and grew up in Casablanca. In 1996, his family moved to New York.

Kharbouch started reading rap when he was just a teenager. Back then, he used a pseudonym Young French. In 2002, Karim and his close friend Cam came up with a series of street DVDs called Cocaine City. The discs included interviews with famous and aspiring rappers. Soon they became some of the most sold street DVDs. They were being released until 2010.

In 2007, under the pseudonym French Montana, Kharbouch released his 1st mixtape French Revolution Vol. 1. It was created together with Mazaradi Fox, Jae Millz, Uncle Murda, and Tony Yayo. A year later Montana recorded another mixtape Live From Africa.

In February 2009, French Montana and Max B released a joint album Coke Wave. Two weeks later Karim presented another solo mixtape, The Laundry Man. In April, Montana released his 5th album Mac Wit Da Cheese. One of the singles “New York Minute" was produced by Harry Fraud. Then Harry and French recorded a song "We Playin In The Wind", which was featured in the next Kharbouch’s mixtape The Laundry Man 2.

At the beginning of 2009, Kharbouch signed a contract with a rapper Akon and his label Konvict Music. Montana and Akon worked on several tracks including a single "Married to the Streets" from Karim’s 7th mixtape Cocaine Konvicts. In November, Montana and Max B recorded Coke Wave 2.

In May 2010, Montana presented another mixtape Mac & Cheese 2. One more, Coke Boys, came out in September. It featured a song "Choppa Choppa Down", which became a radio hit. In November, Montana signed a contract with Mizay Entertainment.

In February 2011, Karim released his 11th mixtape Mister 16: Casino Life. A few month later, Coke Boys 2 came out. In December, Karim and Waka Flocka presented their long-awaited joint project Cocaine Mafia, recorded together with Juicy J and Project Pat. French Montana was releasing one mixtape after another, which made him unavailable for booking for any private events.

After the success of the single "Shot Caller" in 2011, Karim signed a contract with Bad Boy Records and Maybach Music Group. The song was re-released in 2012 together with a music video for its remix.

In 2012, the musician recorded another mixtape Coke Boys 3.  XXL magazine included him into its “Freshman Class 2012.”

The first single from the upcoming studio album came out in June 2012. “Pop That” became a hit of the summer. It was certified platinum and reached the 2nd spot of Billboard R&B and Rap Charts. It made it to the 36th spot of Billboard Hit 100. The song brought Montana a BET Hip Hop Award for "Best Club Banger". The 16th mixtape Mac & Cheese 3 (November 2016) became a hit. It was downloaded over 1.4 million times.

Karim’s first studio LP Excuse My French came out in May 2013 and debuted on the 4th spot of Billboard 200.

In 2016, the song “All Day” the lyrics to which were written by Montana was nominated for two Grammy awards.

In 2017, French Montana released his second studio LP Jungle Rules, which reached the 3rd spot of Billboard 200. In the fall, the album received a gold certificate from RIAA.