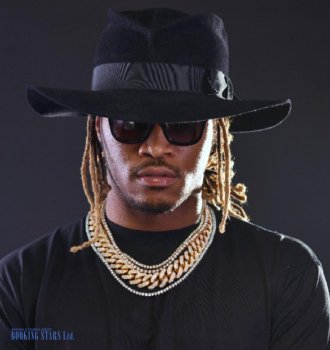 Nayvadius DeMun Wilburn was born on 20 November 1983 in Atlanta, Georgia. As a boy, he performed with the band The Dungeon Family. During his time with the group, Wilburn adopted a pseudonym “Future.”

In 2010, Wilburn signed a contract with A1 Recordings, which helped him on his way to success. In May, he released the debut mixtape 1000. Shortly, another mixtape, Kno Mercy, came out. In 2011, the rapper released six mixtapes, including one with Gucci Mane and two more with Stuey Rock. At the end of the year, he signed a contract with a large label Epic Records.

In January 2012, Future released one more mixtape Astronaut Status. He recorded it together with such artists as Gucci Mane, Ludacris, Rocko, and Young Jeezy. The album reached the 50th position of Billboard Heatseekers Chart.

In April 2012, the rapper finally released his debut LP, Pluto. It earned good reviews from the critics and reached the 8th spot on Billboard 200. Besides, it climbed to high spots on Top R&B/Hip-Hop Albums and Top Rap Albums. Eventually, the LP earned a gold certification from RIAA.

In 2013, Future released three mixtapes F.B.G: The Movie, Black Woodstock: The Soundtrack, and No Sleep. At the same time, he was working on the second studio LP, Honest. The second single with the same name came out in August and reached the 55th spot on Billboard 200. The fourth single "Move That Dope" brought the musician a BET Hip Hop Awards as "Best Club Banger". Both songs became “golden” in the USA. The rapidly growing popularity made it hard to book Future for private events.

Honest came out in 2014. It made it to the second spot of Billboard 200 and topped Top R&B/Hip-Hop Albums. The album brought the rapper international fame, making it into the charts of five countries. It also earned an “Album of the Year” nomination at BET Hip Hop Awards and a gold status from RIAA. In October, the rapper released his next mixtape, which he called Monster. It featured the single "Fuck Up Some Commas", which was a big hit and became the first single of Future’s next LP DS2. The album debuted on top of Billboard 200 and eventually sold over a million copies in the USA.

In 2015, Future and Drake released a joint mixtape What a Time to Be Alive. The album conquered Billboard 200 and became the musician’s second album to top this chart in one year. The mixtape was nominated for one of the Billboard Music Awards.

At the beginning of 2017, Future released one more LP Future. A week later, he presented another LP, Hndrxx. Both topped Billboard 200, one after another. Future became the first and only artist, whose two albums conquered Billboard 200 at about the same time. In October, Future and Young Thug released a mixtape Super Slimey, which climbed to the 2nd position of Billboard 200 and entered the chats of more than 10 countries.