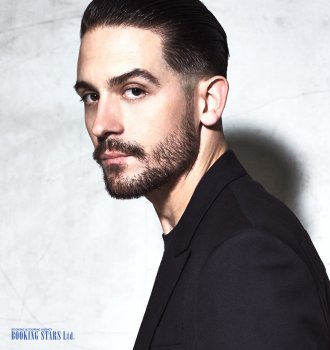 G-Eazy (real name Gerald Earl Gillum) was born on 24 May 1989 in Oakland, California. He started his music career as a producer by recording singles while studying in the university. Later Gerald joined a hip-hop band "The Bay Boyz," and recorded several songs.

In 2008, Gillum adopted the pseudonym G-Eazy and released his 1st mixtape The Tipping Point. His first EP Fresh came out shortly.

In 2009, Gerald recorded two mixtapes, Sikkis on the Planet and Quarantine. He also independently recorded and released The Epidemic LP for digital downloading. In 2010, he independently released another album, Big. However, neither of the albums earned any popularity. Bu they allowed the aspiring singer to show his records to such celebrities as Lil Wayne and Snoop Dogg.

In 2011, Gerald released another mixtape The Outsider and an EP, Nose Goes with Swiss Chriss.

In the summer, Gerald finally managed to make a breakthrough by recording a mixtape called The Endless Summer. The record earned good reviews from the music critics. The remix of "Runaround Sue", which was part of the mixtape, collected over four million views on YouTube. The rapper started touring USA cities. Many fans were hoping to book G-Eazy for their private events and birthdays.

In 2012, Gerald released his 1st debut album Must Be Nice. The LP was recorded independently but still managed to reach the 33rd spot of Billboard Top R&B/Hip-Hop Albums and the 3rd spot of iTunes Hip-Hop Chart. That was a big success for the singer.

G-Eazy was giving many concerts. In 2013, together with 2 Chainz, he opened Lil Wayne’s tour. Even though he had a busy schedule, Gerald found the time to record new songs. In November, together with Christoph Andersson, he recorded an EP Must Be Twice.

Gerald spent the beginning of 2014 touring the USA and Canadian cities. Upon returning, the rapper signed a deal with RCA Records and shortly released the first official studio album These Things Happen. The LP was a success. It debuted on the third spot on Billboard 200 and topped Top R&B/Hip-Hop Albums. By the beginning of 2016, the album earned a gold certification from RIAA for selling over 500,000 copies.

In October 2014, G-Easy went on a world tour, during which he visited Australia and New Zealand. At the end of the year, he released another EP recorded with Andersson, These Things Also Happened.

In December 2015, the singer released one more LP When It's Dark Out. It debuted on the fifth spot on Billboard 200 and topped Top R&B/Hip-Hop Albums. The second promotional single from the LP, “Random”, made it into Billboard Hot 100. The biggest hit from the album was "Me, Myself & I". The song entered many world charts. It reached the 7th position on Billboard Hot 100. The single earned a variety of platinum certificates in many countries. Four of them came from RIAA.

Gerald was busy with touring the world and had little time to record new songs. That’s why his next LP came out only two years later. In 2017, the LP Beautiful & Damned debuted on the 3rd spot of Billboard 200 and entered many world charts. The leading hits from the album were "No Limit" and "Him & I".

How much does it cost to book G-Eazy:
Price inquiry
G-Eazy booking agent:
Contact agent
G-Eazy Contacts:
Send G-Eazy a message
« previous next »