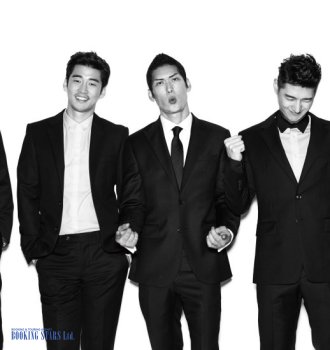 The band’s story began in 1997 when Park Joon-hyung had an idea to form a band, which would mix western and eastern genres. The musicians invited his cousin Danny Ahn and Danny’s friend Son Ho-young to join the group. The other two members, Yoon Kye-sang and Kim Sun-a, were chosen during auditions. The group immediately had to overcome several problems. They signed a contract with EBM, but due to the Asian financial crisis, the label stopped financing new projects. However, the band members worked hard and finally acquired funding for the debut. The first name of the group was “GOT6", but later the artists changed it to g.o.d (Groove Over Dose).

Park Jin-young used to work for JYP Entertainment. That’s why fans often believe that the band was supported by the label. However, they got assistance from another company, SidusHQ.

The group debuted in January 1999 with its first single “To Mother”. It appeared on SBS’s show One Night. Critics gave high scores to the vocals and choreography of the band. Soon, the musicians released the first LP, Chapter 1. It came out in February with the assistance of EBM. Besides the debut track, the album featured such songs as "Observation", "With Little Men", "Wait for Me", and "I for You". The LP ended up on the 5th spot of South Korea Gaon Album Chart. It was a big step toward popularity for young musicians. Right after the release, many fans tried to book g.o.d. for private events.

The second LP came out in November. The musicians called it Chapter 2. The album featured four songs, "Love and Remember", "Exit, 20th Century-Enter The 21st...", "After You Left Me", and "Dance All Night". The first one became part of the soundtrack for the film, Pitch-black Darkness, where Danny Ahn had a role. It also appeared on the TV series, Reply 1994.

The third LP, Chapter 3, came out in November 2000. It became the band’s first album to top South Korea Gaon Album Chart. The LP became popular partially thanks to the single “One Candle”, which turned into a huge hit in South Korea.

The fourth LP, Chapter 4, was just as successful as the predecessor was and topped the national chart. The album came out in November 2001. The popular songs featured in the album were "Road", "You Don't Know", "Sad Love", and "Again".

The fifth LP recorded by the group, Chapter 5: Letter, came out in December 2002. It climbed to the 4th spot of South Korea Gaon Album Chart.

In 2004, the artists presented a new LP, An Ordinary Day. It topped the national South Korean chart. Songs "Circle of Love", "Let's Not Separate", "Loving You", and "The Reason Why Opposites Attract” became hits. Only four members recorded the LP since Yoon Kye-sang made a decision to leave the band.

In 2005, g.o.d released one more album, Into the Sky. It earned excellent reviews from the critics and reached the top of the national chart. After the release of the album and a concert in December, the artists made a decision to disband.

In 2013, g.o.d’s fans started hearing rumors about the band’s reunion. In July 2014, the musicians presented a new LP, Chapter 8. The album came in second on South Korea Gaon Album Chart. Between 2015 and 2018, the group gave many concerts and participated in several reality shows.

In 2018, the artist released a single “Snowfall”, which became a hit. 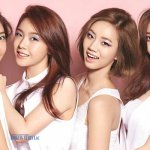 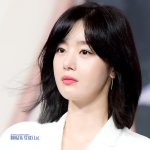