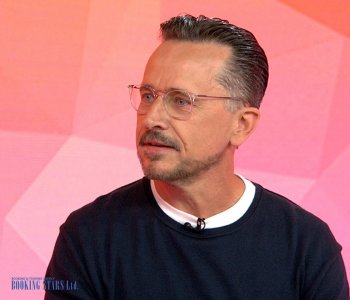 Gary John Bishop began his life journey in Glasgow, Scotland. The grit and wit of his early life have contributed to his tough-love, in-your-face approach to coaching. Coupled with world-class training and development, Gary has created a potent brew of effectiveness and the ability to reach through the crust of people's lives and root out the deeper issues that consume them and tie them to their hurdles. His ability to elevate and expand people's greatness makes the kind of life-altering impact that is so rare in the industry. Gary's hyper-awareness and years of elite training allow him to assess each client and guide them to the path that best expresses their lives; with micro precision, he cuts straight to the heart of what is going to make a difference.

Gary's experience and quick ascent to becoming a senior program director for one of the world's leading personal development organizations is proof that he is dedicated and committed to what is possible for every client and person he encounters. He doesn't claim perfection. He's been through life and doesn't sugar coat his folly. He uses his experience as both a human and a world class coach to mentor and coach people to raise the bar higher for what they once thought would be their greatest self.

Gary John Bishop is one of the leading Personal Development experts in the industry with a global reputation that has impacted tens of thousands of people worldwide. His "urban philosophy" approach represents a new wave of personal empowerment and life mastery that has caused miraculous results for people in the quality and performance of their lives.  He calls it like it is while being influenced by ontology, phenomenology and the philosophy of some of the world's greatest thinkers. You be inspired, unburdened and grounded. Working with Gary creates the space to be an altered version of you. The greatness you once imagined becomes a reality, only its bigger, better and more incredibly freeing than you dreamed it could be. His work life changing.

Gary is willing to say what needs to be said. His writing is a higher level experience and the benefits of his philosophies have touched lives worldwide.