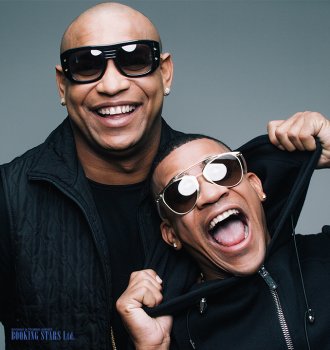 Gente de Zona was formed in Havana, in 2000, by Alexander Delgado. The band’s lineup changed several times. Today it includes Alexander Delgado and Randy Malcolm Ramirez. The musicians perform Cuban reggaeton songs. The band received several prestigious awards, among which there is a Latin Grammy for Best Tropical Fusion Album.

Delgado (born in 1979) grew up in a Havana neighborhood called Alamar, where the most popular music genre was Cuban hip-hop. That’s where the Alamar Rap Festival takes place annually. Initially, Alexander attended rap performances with pleasure. Soon he realized that he wanted something different. When Delgado found reggeaton, he understood how to give street songs a more commercial format.

Gente de Zona appeared due to Delgado’s efforts to create a band out of Alamar rappers. One of them finally joined Alexander. His name was Michel “El Caro”. Together the musicians performed at local parties, bars, and clubs. At that time, it was fairly easy to book Gente de Zona for a private event.

In 2005, Michel left the band and Alexander found two new musicians. He was joined by Jacob Forever and Nando Pro. The same year, the band recorded their first studio album Pa’ la Gente de Zona. However, it didn’t bring the musicians the fame they hoped for. The song “Pa’ la Gente de Zona” was somewhat successful and appeared on a popular music channel Cubavision TV.

The real fame came to the band in 2008, when they released Lo Mejor Que Suena Ahora. Even though the album didn’t make it into the popular charts, the single "Le Gustan Los Artistas" was a hit in Havana and Miami. After the album’s release, the trio went on a European tour, where they conquered the hearts of many new fans.

In 2012, the band released Oro: Lo Nuevo y Lo Mejor. It was just as popular as their previous work. The single “Mama Me Lo Conto” was a hit.

In 2013, Jacob Forever left the band. Nando Pro followed him shortly, leaving Alexander alone. However, Delgado wasn’t upset. He invited Randy Malcolm to the band and together they managed to achieve real fame.

In 2014, Gente de Zona helped Enrique Iglesias record “Bailando”. The single was a huge hit and reached high spots on Latin and American charts. The participation in the recording process brought the band international fame. The same year, they recorded “Yo Quiero (Si Tu Te Enamoras)” with Pitbull. The single reached the 15th spot on Billboard Latin Rhythm chart.

In 2016, the band released the last and the most popular album to date Visualízate. The single "La Gozadera", which was recorded together with a famous Puerto Rican musician Marc Anthony, conquered the charts. After the release of the LP, the band went on a tour of their country. Thousands of fans attended their concerts at the most popular Cuban platforms. Later that year, the LP brought the band a Latin Grammy Award as Best Tropical Fusion Album. 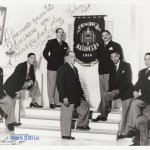 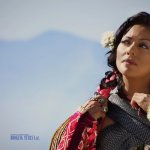