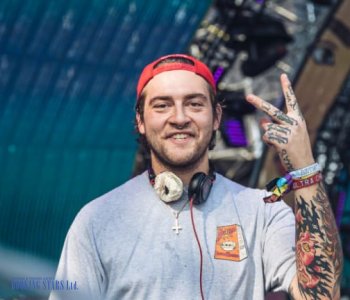 Getter – DJ from the USA

Getter is a DJ, producer, and rapper, whose real name is Tanner Petulla. He was born on 13 April 1993, in San Jose, California. The artist was a fan of music since middle school. He uploaded the first recordings to Soundcloud, hoping to become famous. However, the long-awaited popularity came to the young man after an official release of his tracks with the support of record labels.

At 17, Tanner started to work as a DJ and received support from downlink and Datsik. In 2010, he started attending the electronic music festival, EDC. Getter focused on dubstep but mixed it with different genres. When he turned 19, the DJ decided to move to LA to develop his skills further and take the career to a new level.

In 2012, Tanner signed a contract with Firepower Records. He worked on a joint project, remixing “SUH Dude” with Nick Colletti and Dillon Francis. It helped the artist gain popularity. After that, Getter sent his demo album to Skrillex. The famous musician enjoyed it and offered the DJ a contract with his label, OWSLA. The next popular track recorded by Getter was “Head Splitter”. It was played in many American nightclubs.

In 2014, the musician released an EP, Trenchlords Vol. 1. It featured four tracks, recorded with the assistance of Algo and Deemed. After the release, in one of the interviews, Getter explained that he doesn’t like focusing on one genre or subgenre. Tracks from the album, according to his opinion, sounded rough, short, and interesting. The EP was available for free because the DJ wanted to give his fans an opportunity to enjoy his music without limitations.

The debut LP recorded by Getter came out in 2013. He called it I Want More. It was a digital release, created with the assistance of Firepower Records. In October 2015, the artist released a 9-second teaser of his new track, which he recorded together with Skrillex. A month later, Petulla went to Vancouver to perform in Red Room Ultra Bar. The same year, he released another EP called Planet Neutral. The album featured calmer music compared to the previous release. At that time, many clubs tried to book Getter for private events.
In the spring of 2016, the musician came up with a new EP, Radical Dude!, which featured heavy dubstep and bass. The leading track “Back” turned out to be exciting regardless of the heavy sound. To record another song, “In the Cuts”, the artist invited Sneek. He also collaborated with Adair and Georgia Ku to release “Blood”.

In August 2016, Getter presented a remix of Marshmello’s “Alone”, recorded with the assistance of Monstercat record label. A month later, he released another EP, which contained seven tracks. What The Frick was recorded in the OWSLA studio. The day of the release, the label also presented an official music video for the popular track “Head Spitter”. It collected more than 30 million views on YouTube.

In 2017, the famous DJ performed at the Snowbombing music festival in Canada. He appeared on the stage with other famous artists. The same year, Tanner founded a label and launched a fashion collection. The first track recorded with Getter’s label was “Inhalant Abuse”. Before the year was over, he recorded such new hits as "Solo" with Party Nails, "Big Mouth", "Dead To Me", "Colorblind", and "The Otha Side".

In February 2018, Getter presented a new track “Colorblind”. In March, the artist told his fans that the song would become the lead single for his next LP, Visceral. In an interview for Run the Trap, the DJ talked about his plans to surprise the fans.

It took the artist two years to record the new album. Getter often said that it would be the best in his career. He also explained that “Colorblind” is the “heaviest” song on the list.

In September 2018, the DJ’s fans finally saw the release of the LP. It came out with the support of the Mau5trap record label. The album was recorded with the assistance of such artists as Sweetsound, Nowhere, Allan Kingdom, Njomza, Nothing, and many others. The best songs from the LP were "Purgatory", "Numb", "All Is Lost", and "Made for You (Alone Again)". It reached the 18th spot on Billboard Dance/Electronic Albums Chart and stayed there for several weeks. 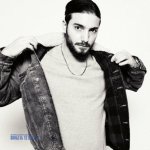