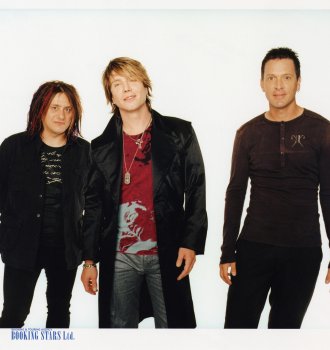 The rock band Goo Goo Dolls was formed in New York, in 1986. The current lineup includes John Rzeznik and Robby Takac. The band holds a variety of awards, including 4 ASCAP Pop Awards and a Radio Music Award. In 2008, Rzeznik was inducted into Songwriters Hall of Fame. The band is mostly famous for such hits as “Iris”, “Slide”, and “Better Days”.

Goo Goo Dolls proved that hard work, patience, and insistency can help even the most unlikely band to achieve popularity. The band members did tremendous work coming up with unique lyrics and special sound that took them to the top and kept them there.

At first, the band members performed at the local night clubs and called themselves The Sex Maggots. Some critics believe that the band became successful due to sticking to just one music style.

In 1987, Goo Goo Dolls released their first studio albums with the same name. The album failed to make the charts. However, the band members didn’t give up and a year later came up with a new LP Jed. The album didn’t become more successful than their first LP but received some positive reviews from the critics.

Goo Goo Dolls released three more albums with the label Metal Blade. Only one of them A Boy Named Goo (1995) finally brought the band the popularity they were seeking. The album sold over 2 million copies in the USA and over 1 million copies in Canada. It reached the 27th spot on Billboard 200.

After the release of the above album, the band took a three-year break from recording new songs. They came back in 1998 with the LP Dizzy Up the Girl. This album was even more successful than their previous work, selling over 6 million copies worldwide and reached high spots on a variety of charts. The LP was certified platinum twice in the USA.

The band released five more albums, the latest one to date being Boxes (2016). They took long breaks between the LPs to produce new masterpieces. Goo Goo Dolls continue to record new songs and perform live.