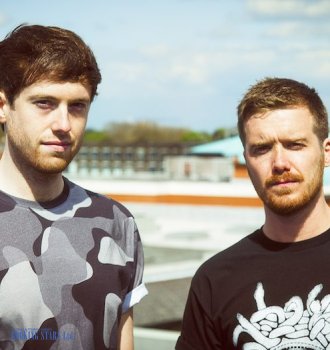 Gorgon City is a renowned English duo. The group consists of two producers who hail from North London: Kay "Foamo" Gibbon and Matt "RackNRuin" Robson-Scott. Their main focus in music is electronic music.

The duo is widely known for two the most popular releases – «Real» (2013), which was appointed number 44 in the UK Singles Chart and «Ready for you love». The second got number 4.

Gorgon City is a renowned English duo. The group consists of two producers who hail from North London: Kay "Foamo" Gibbon and Matt "RackNRuin" Robson-Scott. Their main focus in music is electronic music.

Kay "Foamo" Gibbon was born on October 15 (Libra) 1986 in High Vic (England). Gorgon City became popular after the release of the track "Real", which was able to take a good place in some UK charts. Then in 2014 they released "Ready for Your Love", which also brings them a lot of success. Today they are signed to the independent English label Black Butter Records. Their schedule is completely packed with various concerts and tours, not only in their home country, but also abroad.

The debut album "The Crypt" by the duo "Gorgon City" was released in February 2012. Thanks to this album, they were able to open the doors to the music industry, as the song was well received among listeners and was able to take good positions in some charts. Then they begin their collaboration with the singer Yasmin in 2013, with whom they later release the track "Real". The track was able to reach 44th place on the UK Singles Chart and also peaked at number 7 on the UK Indie Chart. Then in January 2014 their new track "Ready for Your Love" was released, which was written together with MNEK. The song became the highest paid song that they released, it was able to reach fourth place in the UK charts.

Then in March 2014 they released the single "There Is No Other Time" together with the talented indie rock band "Klaxons". This is followed by a number of different compositions that "Gorgon City" happily released to the general public in order to share all the bright and colorful emotions they experienced in the process.

In the spring of 2015, a compilation album was released with Pete Tong titled "All Gone Pete Tong" and "Gorgon City Miami 2015". The collection features two exclusive tracks that were written with great diligence by the duo "Gorgon City": "Sky High" and "The Terminal". "Kingdom" will be the group's second album. However, "Gorgon City" decided to tease the fans a little and release this album in two parts. They released the first part in August 2016. Many famous and talented musical performers took part in the creation of this album.

In early 2015, they were able to release their new single "Saving My Life" with Jennifer Hudson. Artist Romans also took part in the creation of this single. This work aroused great interest from the audience and the duo began to think about creating the next album. This is followed by a large number of projects, which completely fill the entire schedule of stars. In 2016, they were able to collaborate with artists such as Vaults, Tink, Mikky Ekko and Wyclef Jean.

Thanks to their talents, the group was able to reach unprecedented heights in a fairly short time. We can say that after the release of the second single, they were able to enjoy real fame, which is not given to many newcomers to the music industry. Let's hope that this ardor will not go out of the collective, and he will be able to delight his fans with new works every season.