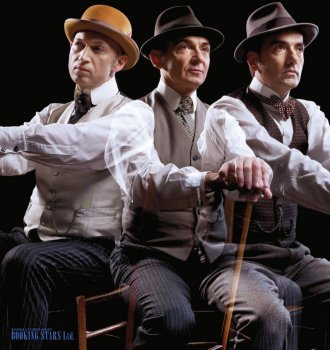 Gotan Project is a French music band that was established in 1999. Its current members are Eduardo Makaroff, Philippe Cohen Solal, and Cristoph H. Muller. All of them are from different countries, Argentina, France, and Switzerland respectively. The strangely sounding project name is actually a result of a world play that interchanges the word’s syllables by placing the last one in front. That’s how the word Tango became Gotan.

The popularity of this group stemmed from the unusual mix of music styles, involving argentine tango, milonga, chacarera, folk and electric music mixed with the sounds of violin, classic guitar as well as trip hop and house.

Gotan Project recorded their first album “La Revancha Del Tango” in 2001. A song from that album called “Santa Maria” was played at the movie Shall We Dance starring Jennifer Lopez and Richard Gere. Another song from the same album El Capitalismo Foraneo was performed in the movie Ocean’s Twelve.

In 2004, Philippe Cohen Solal released “Inspiracion Espiracion”. The album included rare recordings of the group, never released tracks, and four original songs of Gotan Project. Two years later the group recorded their second album Lunatico, which became the best work of the band. It got to the top positions of various European charts, inclyding 2nd place in Belgium, 2nd spot in US World Albums Billboard, and 2nd place in Dutch Alternative Music Chart. It got into the top-10 in Switzerland, Italy, and Norway.

Then the group went on a four-year creative break and came back with their third album Tango 3.0. Gotan Project’s fans got a chance to enjoy various styles of tango, including classic Spanish guitar, original music arrangements, and even elements of hip-hop. This album became the last one released by the group. It got into the top-10 of the Belgian, French, Italian, and U.S. charts.

The variety of experiments and bold relationship with music earned Gotan Project their impressive popularity all over the world.