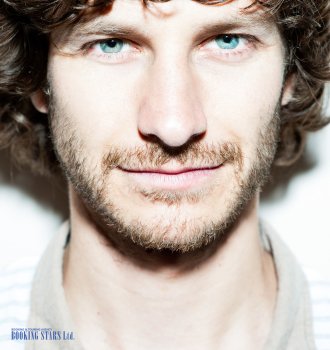 Gotye was born on May 21, 1980, in Belgium. His real name is Wouter De Backer. Gotye is a singer and a songwriter. He is mostly famous for his song “Somebody That I Used to Know”. He holds numerous awards, including 14 ARIA Awards and 3 Grammy Awards.

Gotye was born in Belgium, but when he was just 2 years old, his family moved to Australia. In the early childhood, Wouter showed interest in music. He learned how to play various music instruments, including the drums. When Gotye was a teenager, he and his classmates established a band called Downstares. However, they disbanded after finishing high school. Gotye went to the University of Melbourne where he studied Arts.

In 2001, Gotye started to experiment with music. He recorded a CD, which didn’t gain any popularity even though he sent it out to all radio stations. However, it got positive reviews and gave Wouter the idea to create a pseudonym. The same year Gotye met Kris Schroeder and they formed a duo called The Basics. They performed on a regular basis and allowed Gotye to gain experience and popularity.

In 2003, Gotye released his first album Boardface. The LP made it into Australian ARIA charts. But it reached just the 93rd spot.

In 2006, Gotye recorded his second studio LP Like Drawing Blood. The album was more popular than the predecessor. It reached the 13th spot on the Australian Albums Chart and the 117th spot on the UK Albums chart. The LP got a platinum certification in Australia.

In 2011, Gotye released his hit album Making Mirrors, which included his most famous song “Somebody That I Used to Know”. The album made it into many European charts. It topped Australian Albums Chart, reached the 4th spot on the UK Album chart, and the 6th spot of Billboard Hot 100. The LP sold 2 million copies worldwide.

“Somebody I Used to Know” topped most of the charts in Europe, Australia, and the United States. In Australia, it went platinum 11 times. The year of the song’s release, Gotye was nominated for eleven ARIA Awards and won six of them.

Gotye continues to write new songs and performs live. He is planning to launch a new record label in 2017.